In today's high-pressure world, some young people turn to philosophical input to cope

Hong Kong, China -- It is a known fact that teaching and research constitute the prime tasks of a university. Teaching is, of course, the dissemination of knowledge. Research, on the other hand, is the creation of new knowledge. 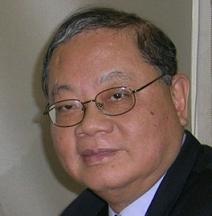 But does knowledge make one wiser or happier? The answer is yes, most of the time, but not always.

It is not difficult to find people with ample knowledge, professional or otherwise, who are often unhappy. This feeling of unhappiness may come from pressure in life, or from the mismatch between expectations and results. Most of us feel happy some of the time, but this is not always sustainable.

Universities are beefing up their humanities programmes, under the name of general or liberal education, in order to broaden the horizons and enhance the emotional intelligence quotient (EQ) of our students. It is hoped that a higher EQ would help them deal with life's pressures, and hence to lead a happier life.

Some people turn to courses on Buddhism to help them to fulfil the same goal. They are generally more interested in the philosophical, rather than the religious, aspects of Buddhism. In other words, they are trying to seek wisdom, rather than just knowledge.

The programme proved popular and has always been oversubscribed. Its alumni include many of the city's high achievers, including senior civil servants, barristers, doctors and business leaders. It also attracted numerous overseas applicants.

The surge in interest in Buddhist studies is, of course, not confined to Hong Kong.

I attended an inaugural reception at Stanford University in the United States last month for the establishment of an endowed chair professorship in Chinese Buddhism.

Paul Harrison, head of the university's Centre of Buddhist Studies, said student interest in Buddhist studies had never been keener. Not that they all want to become monks or nuns, but they are really interested in enhancing their EQ in a highly competitive world.

The same is true at other top international universities such as Harvard, Yale, Princeton, Oxford and Cambridge.

In this connection, one can also see a rising interest in applied Buddhism as compared to purely theoretical studies. For example, at HKU, research studies (including doctoral research) entail such topics of applied Buddhist studies as the impact of meditation on neuroscience, obstetrics, treatment of drug addicts and mental patients, counselling and mediation. Such topics foster collaboration among various faculties and academic units.

Hong Kong has always been a place where East meets West. Today, it is also a meeting point of the three main schools of Buddhism - Theravada, Chinese and Tibetan. Our city has also set a pretty good example for promoting interfaith dialogues and peaceful co-existence among Christianity, Islam, Confucianism, Taoism and Buddhism for many years.