Danang, Vietnam -- As Vietnam and Indian developed ties in the third century, Buddhist monks played a major role in cementing the relationship. 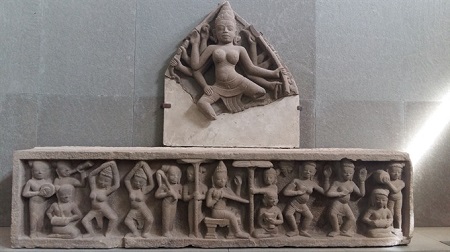 That was the conclusion of many speakers at a seminar in Da Nang on August 25 titled "The Joint Civilisational Heritage of Vietnam and India". The event was held as part of the activities celebrating several important anniversaries in the Vietnam-India relationship, said Parvathaneni Harish, ambassador of India to Vietnam.

He said Indian monks followed merchants on trading ships to dock along coastal areas in Vietnam from the third century as Vietnam developed sea navigation. These monks came to pray to protect the trading ships from risks in the sea, and they carried Buddhism into the country.

“There are still many vestiges of the founding of the Buddhist religion along coastal areas of Vietnam,” Most Venerable Thich Duc Thien said. “Two pagodas – the Phat Tich Pagoda and the Dâu Pagoda in the northern province of B?c Ninh – remain vestiges of the biggest Buddhism centre in Vietnam.”

“The Phat Tich Pagoda was the site where Indian monks began missionary work,” he said.

Ambassador Harish noted that the partnership between Vietnam and India has only grown stronger since Indian monks first arrived hundreds of years ago. And research on cultural links has bolstered that partnership. Scholars have shown that cultural exchange originating long ago persists into the present.

“This shared heritage is not only reflected in the monuments and sculpture of Buddhism and Hinduism from ancient Champa, but is also preserved in the daily life of the Cham people today, in particular their beliefs and their scripts,” he added.

He said the seminar is focused on presenting research about the historic cultural links between India and Vietnam; preserving the artifacts and remnants of this heritage; and increasing awareness of the need for the preservation and promotion of this shared civilisational heritage in the future.

He said a group of Indian and Vietnamese archaeologists are currently collaborating on an excavation in the My Son Sanctuary in Quang Nam Province. The joint excavation discovered an ancient road underground and some artifacts at My Son in April.

The archaeologists also discovered other valuable vestiges of the past, including two stone statues with a human body and a lion’s head and terracotta artifacts buried at the foot of the ancient towers. These artifacts may date back to the 11th or 12th century.

Former Director General of the Archeological Survey of India, Dr Tewari said the Indian cultural influence may be seen in the towers with boat-shaped roofs.

Dr Tanveer Nasreen argues that these sculptural artifacts reflect the principles of art codified by ancient Indian texts. Nasreen said that the similarities found between Champa and Indian sculptures are the result of cultural contact on a significant intellectual level, not just superficial adaptations.
TOP