Serdang, Selangor (Malaysia) -- Buddhist Sunday Schools in Malaysia will soon be going into "hyper-mode" to search for their own singing sensations 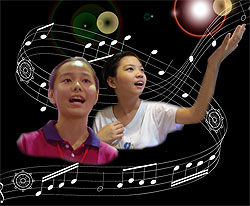 This year, the Inter-Dharma School Hymn Singing Competition, the fourth in the series, will be held at Shah Alam Buddhist Society (SABS).

The competition will see performances from two categories, comprising solo and choir presentation from both the primary and secondary school students.

A panel comprising of a veteran Buddhist hymn composer, musician and album producer will be judging the contestants.