From The Womb Of Attachment Or Love?

Singapore -- If even no two snowflakes are exactly the same due to countless combinations of different environmental conditions, can there ever be perfect clones of anyone? Not likely at all. 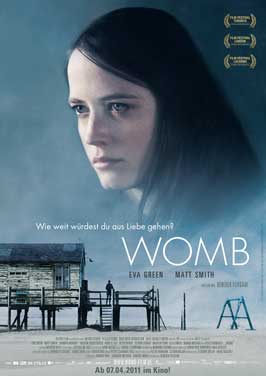 Even if you can physically clone someone, with the person’s genetic tendencies, you cannot duplicate that person’s karma and memories, or to provide similar ‘new’ experiences via upbringing. Unless the person cloned happened to have died and re-entered the womb in question, a ‘carbon copy’ of anyone can never be produced. Even in the process of rebirth, one changes mentally from moment to moment, as we subtly ‘re-clone’ ourselves!

In the movie ‘Womb’, a woman clones her lover, becoming his mother. Having known him since young, she attempts to relive her childhood love, and to catch up on the years lost when apart. Try as you might to clone a lover, can you clone love itself? Can fleeting feelings be the same, repeated? Of course not. How much attachment is justified enough to clone someone? The truth is, her ‘new’ cloned lover could die suddenly too, just as he previously did in an accident. Is she prepared for a broken heart again? Why not learn to treasure what she has and had with less attachment instead? When one clones the attached, one clones attachment too.

Life had given her the opportunity to relive life with ‘her lover’, but what she did truly complicated the nature of relationships. Should she had simply learnt to accept what life and death gives and takes? She has become both the mother and lover-wannabe of her son, who is the father of himself! Then again, the Buddha did teach that in the course of countless past lives, we have been in all kinds of inter-relationships – one another’s family members, friends and lovers. Our relationships are already super complex! With our habitual forces, we might fall in love with the same person or someone similar time and again too.

As the story progresses and the son grows up, the mother experiences increasingly conflicting feelings. The lines dividing maternal and romantic love becomes blurred. She kinds of rejoices in seeing his son’s happiness when he becomes attached to another girl. But she feels jealousy too. She is portrayed to be unsure which is the right way to feel. Interestingly, this is a cycle similar to what she once went through – when she realised her ex-lover in the past was with another love interest before reconciling with him. Again, how many times does she have to relive heartbreak?

According to Freud and Jung’s theories, children are supposed to suffer from the Oedipus and Electra Complexes of subtle sexual attraction to their parents, which is thankfully resolved in good time. (There is a Buddhist ‘version’ of this too – that we were attracted to a parent-to-be when we were in the bardo state between births, while seeing him or her making love with the other parent-to-be, to whom we have some aversion.) In ‘Womb’, it is the opposite, as the mother becomes infatuated with her son, bordering on incest. Will hugs and kisses become sexual? Which is greater – parental love or romantic lust? How does one form of love morph into another? (What about the the platonic love between friends too?) The measure of true love is not by its intensity to have and hold, but by its ability to unconditionally set free.

If the mother doesn’t explain how her son came to be, there would be no way to become lovers with him. Forced by circumstances when he suspects something is amiss, she indirectly reveals that he was cloned to be (or to replace) a lost love. With this, he becomes just as confused as her. Who is he really? Someone else? Who is he to her? Who is she? Mother or ex-lover? What is the true nature of their relationship? What was it meant to be? What is it now? Was her love unconditional? Truly a convoluted identity crisis! This is probably the best reason why incest is potentially a big problem in any family, if not already so.

In the climax, the son has confused sex with his mother. The audience is left uncertain whether it was angry sex to vent his frustration, or sex out of final gratitude to gratify her just once… before he departs. And the mother is left confused too, speechless. The audience is also unsure if either enjoyed their final moments together. As such, ‘Womb’ is truly a bleakly beautiful yet poignantly meditative film, that explores the potential problem of attachment and human cloning, in a very human way. A character remarks that as humans are not animals, we should not be cloned. Good point – though animals shouldn’t be cloned for exploitation either. Do we give birth out of love or attachment? Love is wanting another to be happy; attachment is wanting another to make you happy. And are we born out of love or attachment to Samsara?