'Kingsman: The Secret Service' Of Bodhisattvas?

Singapore -- The graphic novel (and movie) mythos of the Kingsman intelligence agency speaks of how its powerful founders who lost many heirs to inherit their wealth due to World War I decided to dedicate their resources for the greater good of protecting life. 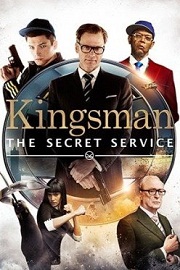 It operates independently above the law, politics and bureaucracy (that undermine the integrity of government-run spy organisations) at the highest level of discretion.

Think of Kingsman agents as noble new knights in suits as the gentleman’s armour, James Bonds without the red tape and hidden worldly agendas. So secretive are their world-changing missions that they go unreported and mostly unappreciated. As agent Galahad put it, ‘Front page news on all these occasions was celebrity nonsense. Because it is the nature of Kingsman that our achievements remain secret.’

Above Bond-styled glamour of heroics and flings, unsung Kingsman heroes are like skilful Bodhisattvas, whose concern is to purely be of selfless service with no need for praise – which is most praiseworthy! Galahad’s definition of the Kingsman gentleman also has parallels with the Buddha’s teaching thatbeing noble depends on what one does after birth; not by one’s birth status – ‘Being a gentleman has nothing to do with the circumstances of one’s birth. Being a gentleman is something one learns.’

Galahad continues – ‘Being a gentleman has nothing to do with one’s accent. It has to do with being at ease in one’s own skin. As Hemingway said, “There is nothing noble in being superior to your fellow man.

True nobility is being superior to your former self.‘”‘ Well said! Great Bodhisattvas are never pretentious, but ever sincere and at ease, while always striving to outdo the less enlightened versions of their previous selves for the welfare of all fellow sentient beings.

On a sidenote, there was some troubling ‘reasoning’ by the villain Valentine – ‘When you get a virus, you get a fever. That’s the human body raising its core temperature to kill the virus. Planet Earth works the same way. Global warming is the fever. Mankind is the virus. We’re making our planet sick. A cull is our only hope.

If we don’t reduce our population ourselves, there is only one of two ways this can go. The host kills the virus, or the virus kills the host. Either way, the result is the same – the virus dies.’ Chilling! May we do enough to restore nature’s balance before nature or the villainous wipes us out!