The Dharma Bum: A Documentary 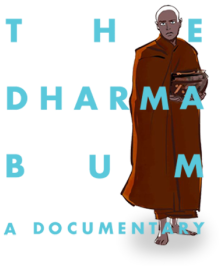 Carroll was born in Dublin in the year 1856, spent his early life as an alcoholic hobo drifter as he bummed his way across the USA.

This atheist, activist worked the shipping route from San Francisco to Japan until he found himself on the beach, hungover and homeless after being kicked off the vessel for drunk and disorderly conduct.

He eventually made his way to Burma, where he was taken in by local Buddhist monks, dried out and after five years as an apprentice became the first white man to ever don the saffron robes of a Buddhist monk changing his name to U Dhammaloka.

And that is just the beginning of this story!

U Dhammaloka was erased from history. His existence lay dormant for over 100 years. The reasons for which we explore in our film. This man caused quite a stir in his life, as he single handedly took on the might of the British Empire in colonialist Burma.

In this film we find out why he was under constant police surveillance and ultimately faked his own death as he transformed himself from an alcoholic bum to the original dharma bum.