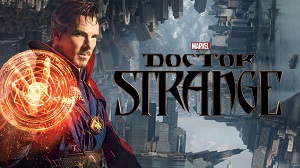 Cumberbatch stars as Stephen Strange, an arrogant surgeon who draws on powers of mysticism and spirituality when his glamorous life is taken away from him after damaging his hands in a car accident.

"That's a great practice to have in your life - full stop," said Cumberbatch, referring to the mindfulness training the monk, Gelong Thubten, provided on set.

"As an actor it's great because it brings you into that moment of stillness and presence. You've got a lot of people demanding your attention in film making."

The Tibetan Buddhist monk was invited on set by British actress Tilda Swinton, who plays mystical character "The Ancient One", who transforms Strange from incompetent student to a magic-wielding sorcerer.

"I introduced him to the project and he's been hanging out with us and teaching everybody, if they don't know, about mindfulness and about how to still the mind," Swinton told Reuters.