San Francisco, CA (USA) -- Who knew there was a burgeoning punk rock scene in Myanmar? Or a new twist on the ancient rites of Bhutan? 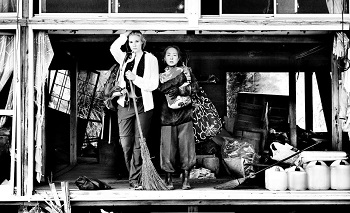 Well, we do know who the Dalai Lama is, and he kicks off the 18th International Buddhist Film Festival at Smith Rafael Film Center at 7:30 p.m. Friday, June 9, as the star of the documentary “The Last Dalai Lama?”

The seven-program festival runs closes at 7:30 p.m. Sunday, June 11, with “Hema, Hema: Sing Me a Song While I Wait,” a feature by Tibetan Buddhist lama Khyentse Norbu (“The Cup,” “Travellers and Magicians”) that takes you into the intriguing world of rural Bhutan.