The Ultimate "Perfume" of Samsara

Singapore -- Based on the novel by Patrick Suskin, the award-winning "Perfume: The Story of a Murderer" is an ingeniously artful allegory on the role of sensual desire in the human condition, on how it can sustain as well as destroy our lives and loves. 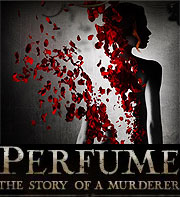 Its "hinted" messages seem fully in line with Buddhist principles, presented "via" the realm of smell using sight and sound. If told without the cultural backdrop, one might even mistaken it to be a classic Buddhist parable of sorts. Set in 18th century France, it is nevertheless timeless in essence. In "Perfume", a young and largely unloved boy (Jean-Baptiste Grenouille, played by Ben Wishaw) comes to realise his incredibly acute sense of smell. So sharp was it that he could even discern faraway scents.

Soaking in the myriad scents of nature was the only solace in his otherwise bleak life. He would lie on his back to savour the smell of wood and grass, fruits and such. He could even appreciate the unique "stench" of rot. Thoroughly realising his plight of being ostracised for being different, he makes it the sole goal of his life to capture the ultimate scent, such that he could always relish in it.

On his quest, he sought shelter in a cave. It was a sanctuary that had almost no smell of its own. There he abided in tranquility for some time - with the smell of "nothing". Without distracting smells, and hibernating in a "Samadhi" of sorts, he almost forgets his quest for the greatest smell. Isn't this similar to abiding in the calmness of objectless Samatha meditation, where one relinquishes desire for all pleasures? However, the Vipassana aspect of meditation is also crucial - to use the gathered calm as a stepping stone towards realising the unsubstantial transience of passing desires.

Deep peace without deep insight into reality is still no Nirvana. When he awakened from sleep, he startlingly realises that in the midst of enjoying the smells that enveloped his life, he had no distinct smell of his own. This further urged him to discover the perfect smell not just to enjoy, for to be truly his. He felt the existential fear of oblivion, though it was clinging to self-identity, a spiritual fetter that binds us to the rounds of rebirth. Thus did he emerge from his accidental retreat to resume his quest for the ultimate scent.

With his highly-attuned sense of smell, it was inevitable that he encounters the seductive scents of women. His obsession turns dark, as he accidentally kills a woman when he got too close for comfort, after which he "smell-rapes" her body. His olfactory "orgasm" quickly turns to anguish when the subtle reeking smell of death swiftly replaces the sweetness. An apt analogy for the fleeting nature of sensual highs indeed, exemplified by an unconventional portrayal of "sex" and violence.

The Buddha taught that "Any sensual bliss in the world, any heavenly bliss, isn't worth one sixteenth-sixteenth of the bliss of the ending of craving." Yes, even in the heavens where some gods have refined sense pleasures, nothing beats freedom from desire for the highest highs. Learning from a perfumer (Giuseppe Baldini, played by Dustin Hoffman) who believed that the ultimate perfume consists of twelve special ingredients, he became convinced that the natural fragrance of beautiful women were the key ingredients. This is ironic, for women usually try to "beautify" themselves "unnaturally" with perfumes.

It is worth noting that science has shown that natural bodily scents, even if subtle, play a significant but often unconscious role in attracting individuals to each other. Thus the expression - "There's simply no chemistry!" But of course, attraction is one thing, while compulsion to possess is another. If we are inevitable victims of desire, who have absolutely no escape from it, we would probably all be sex fiends offending one another. Obviously, even when driven by desire, we can have nobler aspirations to keep it in check, and to transcend it. Crimes of passion are still crimes - because we know they are done out of free will. Desire is but a drug we choose to be continually "addicted" to, to follow the whims of.

Mindful of this, paradoxical as it might be, the only spiritually legitimate desires are to transcend desires and to help others do so. Desire is a raft to ride wisely, before we let it go to step upon the shore of liberation.

There is a scene where the perfumer expressed disgust at his apprentice for trying to distill the essence of a cat in an experiment to retain its smell, saying it is simply inhumane. However, the truth is, many modern perfumes have the unlikeliest of animal ingredients as fixtures and flavourings. For instance, there is ambergris from whale intestines, castor and castoreum from muskrat and beaver genitals, secretion painfully scraped from a gland near genitals of civets, and musk (oil) from musk deer, beaver, muskrat, civet, and otter genitals. Many wild cats are kept captive in hellish conditions, whipped around the genitals to produce scents. Beavers are also trapped and deer shot. Such is the atrocious extent humans go to exploit sentient beings out of desire for personal profit and vanity.

The third precept of basic lay ethics in Buddhism is that of abstinence from sexual misconduct (not to be mistaken as celibacy). It is interesting to note that sex is a single activity that seemingly marries all the pleasures of the five senses (and the mind) into one melting pot. Thus is the lure of sex great. The third precept is sometimes seen as a moral guideline against indulgence in sense pleasures. Just as the temptation of sex alone can lead to crimes, obsession to gratify one single one sense is enough to be spiritually dangerous too. Our desires can be funnelled through one of the senses alone - such as the protagonist of the film was driven by smell. Examples of indulgence in the senses of sight, sound, taste, touch and mind respectively would be unhealthy attachment to beauty, music, food, fabrics and harmful intentions. One form of sense desire is enough to grease the gears of Samsara, to keep the wheel of life and death turning.

An intriguing aspect of "Perfume" is that the protagonist is never exactly portrayed to be villainous. The audience is less likely to see him as a victimiser; more as being victimised by desire - probably like us, albeit to a more extreme extent. A sense of sympathy for the "devil" (or rather, "Mara") arises. Though in truth void of any intrinsic leanings, the "blessing" of his sense of smell becomes a self-imposed "curse". After killing a dozen women for capturing their scents, he is arrested, with the masses demanding the worst of capital punishment for his warped crimes. In a cunning twist of events, he spreads his secret portion in the air before his public execution, to which the crowd of hundreds goes wild with overwhelming desire. Intoxicated by the aphrodisiac quality of the perfume, they succumb to desire and engage in a mass orgy! It was no love portion; only pure lust - it was the brew of desire. He is thus pardoned in the madness, seen as a messiah, when he was but "Mara's advocate", a unwitting messenger of delusion.

"Perfume" has an ending which is surely totally unexpected, yet thoroughly illuminating. Having attained the ultimate scent, with which he could make hordes of people bow before him in adulation, he realises that he has not learnt to genuinely love anyone, that no one genuinely loves him. He even misses the first woman he killed - a case of missing a relationship that could never be, him having literally killed it before it could begin. The exoneration from his crimes and his achievement of fame and fortune was essentially hollow of meaning. They are after all, not results of true personal strife, but of exploitation of others. Who did the crowds love anyway? Not him - just his perfume. And the perfume can never be him. It was destined to run out too. In the final scene, he does something with unthinkable effects. Warning, an incredible spoiler ahead!

He walks to the smelliest of places - the marketplace of his birth and abandonment. There, he stands still, and dowses himself with the remains of his perfume. By the power of the scent, the crowds are attracted to him out of "love" and devotion, whereupon they huddle around him and literally devour him with crazed passion - till only his clothes are left. Such is "Perfume" - a rich metaphor for the universal issue of desire and its possible extremes. Desire devours us spiritually, and sometimes even physically. Having missed attention since birth, he finally received attention - in extreme, with most deadly effects. Or was he simply expressing repentance for his misdeeds by exacting his execution via others? He was previously mentally consumed by desire for others. Somewhat a dramatic karmic effect perhaps, he becomes physically consumed by desire by others. It was a desire for release from suffering, as much as for punishment by suffering?

A thought experiment - if you were Jean-Baptiste, how would your life turn out to be? Would you master your desires or be enslaved by them? Can the titular "Perfume" exist? I don't know what the "ultimate smell" is. But the "ultimate taste" is always of freedom - freedom from all desires and delusions. As the Buddha put it, "Just as the mighty ocean has but one taste, the taste of salt, so too has my teaching but one taste - the taste of freedom." Of course, this is only figuratively speaking. The "taste" of freedom transcends the dissatisfactory realms of the senses - which is why Nirvana is most precious.