More than One "Zodiac" Maniac?

Singapore -- For the impatient and inattentive, "Zodiac" would surely feel like a lengthy and convoluted film. Yet that might be the exact intention - to showcase the complicated mechanics of reality. For puzzle-lovers, it is a treat - a real one too - for it is based on the infamously unresolved spate of serial killings in 1960s' America. It is meticulously paced, mindful of minute details. Yet surprisingly, at the end of the near three hours, the mystery remains unsolved due to lack of sufficient incriminating evidence. 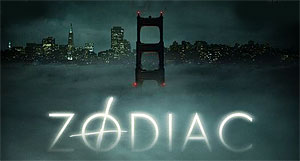 This is no stereotyped Hollywood fare where the enemy is typically "satisfactorily" bashed up and nabbed at the end. For those unfamiliar with the background of the "Zodiac" (the alias of the killer) affair, this surely comes as a surprise ending. "Zodiac" reeks of Dukkha throughout - thick and intense existential dissatisfaction. As mentioned, it is the "real" on reel. Like the exasperation that the dedicated but exhausted policemen and journalists experienced, it might be similar for the audience. Ironically, the killer also didn't seem to get enough - as he showed no clear sign of final satisfaction with his killings. This is the stuff of real life - you don't always get what want. You can learn to accept this situation though. This helps you to get what you really want! Peace of mind!

"Zodiac" portrays a down-to-earth battle of wits between the open media and an unseen enemy. The egoistically gleeful Zodiac demands widespread publicity of his coded messages for the nation to see, in which he mocks the law while never really revealing substantial clues on his identity. Midway through the film, it can feel like a weary extended football match, where an invisible enemy scores goals which are hard to defend against. It is a story of destructive obsession on both sides - the immoral who is obsessed with testing justice versus the righteous are obsessed with seeking justice - to the extent of losing family and jobs. An unceasing battle between good and evil with no clear winner - as yet.

The Zodiac killer haunted the American psyche for years - with the living horror that he might still be out there, though the author (Robert Graysmith, played by Jake Gyllenhaal) of two books on the Zodiac phenomenon, from which the film was inspired, believes he is dead. Yet in a sense, the true enemies are still around - still invisible - they are the potential monsters lurking in the psyches of those who seriously entertain the evils of greed, hatred and delusion. The real monster was never out there, but within - to be caught, tamed, and transformed with mindfulness and wisdom. An unclear and but present danger? There are other unresolved crimes too. In this sense, there is more than "one" Zodiac maniac on the loose.

It can come as disturbing to many that the Zodiac killings seem inconsequential on the part of the killer. The greatest suspect died of a heart attack - he was never charged. If he was indeed the killer, does it mean he escaped the law? It would seem so. But are there ever such things as perfect crimes? Those who believe in the law do their best to apprehend the guilty. But even so, the guilty are not always caught. Are there loopholes in justice then? Human justice is not always complete cosmic justice - though it attempts to be - best it can.

Does it make sense to believe there are cosmic laws of moral cause and effect extending beyond the human court of law? For the skeptical, this seems lame, but it does make more sense to believe in Karma. Faith in the law of Karma creates a healthy dread of doing evil. Surely, we all prefer all to dread doing evil - in fear of experiencing its negative rebounding effects. It is always safer that all believe the law of Karma - even for skeptics. For those with faith in the natural dynamics of Karma in rebirth, the Zodiac killer, if deceased, is unlikely to fare very well in his next life - due to karmic repercussions at play. There might be escape from human law, but the law of Karma has longer and multiple extending arms. There is also no way to know how "punishing" his heart attack could have felt. "Zodiac" is but an episode of life, albeit a long one. The cycles of life and death is a much longer serial - even for serial-killers.