Singapore -- In "Dan in Real Life", Dan (played by Steve Carell) faced the worldly "koan-like" dilemma of deciding between loyalty to family and love - when he realised he had fallen in love with Marie (played by Juliette Binoche), who is the new girlfriend of his brother Mitch (played by Dan Cook). 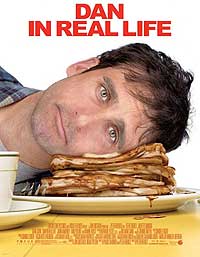 His "falling" happened without prior knowledge of a potential love triangle, which made him even more confused - as it implied the genuineness of his feelings. It is said that there are broadly three kinds of "love" - the love in friendship, in kinship and in the lovey-dovey sense of the word....

In Buddhism, there is another kind of love - the friendly love of all beings as if they are kin. Having been reborn countless times already, we are surely kin, or have been kin to one another, at one point or another. This is universal loving-kindness (wish for happiness of others) - which can extend to include compassion (action to remove suffering for others), appreciative joy (rejoice in happiness of others) and equanimity (seeing of all as equally deserving of unconditional love).

Struggling with the opposite alternatives of pursuing or renouncing his new-found love, Dan's pressure builds up to become mild aversion, before becoming spiteful jealousy. This is understandably human.

Like most of us, the love we have for another, which we think is true, is simply not true enough - yet. If one's love is true, it would never ever mutate to become hate - not even in the slightest sense for the slightest instance. Dan would even rejoice in Marie's happiness with Mitch - without a tinge of bitterness or disappointment. How noble would that be!

The challenge then, is to transform our limited worldly love for a few to be immeasurable spiritual love for all. Why should physical connection (and thus sexual contact) be "crucial" in love? Why must love be "to have and to hold"? Is it due to lust and attachment? Isn't that conditional love? Worldly love offers but temporal refuge, while spiritual love offers lasting refuge. In fact, the four sublime states of loving-kindness, compassion, appreciative joy and equanimity are collectively called the "divine abodes" (Brahma Viharas) - they are truly timeless sanctuaries - virtues to be rested within.

A special one-liner was uttered in the film - "Love is not a feeling - it's an ability." As Buddhist teacher Sharon Salzberg comments (from her blog at http://www.tricycle.com/blog/sharon_salzberg/4155-1.html), "If we see love as a feeling, it is almost like a commodity – and [it is] likely we will judge it all the time – 'I don’t have enough, it's not the right feeling, it's not intense enough, it's too intense…'

Despite being a columnist who shares advice for relationship problems, Dan realised he failed to practise what he preached. As Stonepeace put it, "The giver of advice to others is not always the taker of one's own advice." Good advice is still good advice though, even if not taken - by others or oneself! The story ends a little too abruptly and conveniently - when Mitch discovers the love triangle and falls out with Dan, who follows his heart to pursue Marie, who accepts his love, while the fickle Mitch falls in love with another girl shortly after.

Is "real life" so simple? What happened to the need for an open honest discussion of the problem? Falling in and out of love so easily, Mitch probably did not really know what was true love either? His relationship with Marie could have been mere infatuation? The fact that we fall in and out of love both within this life, and life after life, also hints that our love with(in) Samsara is mere infatuation. Who do we really love? Is it ultimately ourselves? If so, it is probably the reason why we are still in Samsara - because we have yet to master the art of selfless and boundless true love.