Singapore -- In the second Hellboy movie, there was a scene where a seemingly demonic tree terrorises a city. 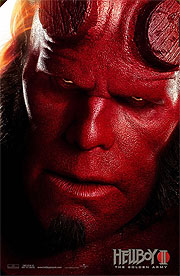 However, it was partially the result of unnatural urbanisation and deforestation, which led to this "supernatural" rebellion of nature against humankind. The real monster was humankind, not the tree, since humans terrorise the delicate balance of nature - more than nature terrorises us.

The "demonised" tree was apparently killed to stop its rampage. However, from its dead trunk and branches, it re-blossoms - gently and beautifully - to the awe of the watching human survivors. This is a subtle but powerful message - that nature cannot really be killed, that nature will always be reborn, that nature prevails even after the roughest of conditions.

While humans are arrogant enough to think we are destroying the planet, all we are destroying are themselves - while nature will regenerate itself in time. Nature has billions of years to heal; it is us humans who are running out of time. When we lose touch with our Buddha-nature, we lose touch with nature itself, which naturally includes ourselves. Even the Buddha treasured nature!

The quest of the story was to prevent the supposedly indestructible Golden Army from being used to destroy humankind, who was destroying nature at too fast a rate. Three parts of a crown when combined (the three roots of evil - greed, hatred and delusion?) rules this army. This calls to mind Mara, the personification of evil, who commands the ten defiled armies, as named by the Buddha -

Sensual pleasures, discontent, hunger and thirst, craving, sloth and torpor, fear, doubt, conceit and ingratitude, gain, renown, honour, whatever fame is falsely received and whoever both extols himself and disparages others. "These are your armies, Namuci (Mara), the striking force of darkness. One who is not a (spiritual) hero cannot conquer it, but having conquered it, one obtains happiness."

As an interesting parallel, if all humans are to vanquish these armies within their minds, the Earth would be saved from an upcoming planetwide ecological disaster - if it is not seen to be already happening! Just as Hellboy resolves to save the planet for his unborn child, we too should save the planet for our children and future unborn generations. Even Hellboy wants no hothouse hell on Earth!