Oxford, UK -- An endowed chair in Buddhist Studies is to be established at the University of Oxford. It will be the first such chair in the UK. 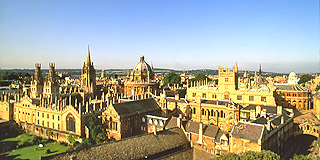 The chair has been endowed by means of a generous benefaction, held in trust by Balliol College, from the Bukkyo Dendo Kyokai (BDK) of Tokyo, which is a society for the promotion of Buddhism. The Chair is named after the BDK’s founder, Mr Yehan Numata.

The Numata Chair will be a member of the Oriental Studies Faculty in the Humanities Division of Oxford University, and the Professor, once appointed, will be a fellow of Balliol College.

Professor Martin Goodman, Chairman of the Board of Oriental Studies at Oxford, said: ‘This is a major step in the establishment of Buddhist Studies at Oxford. The creation of the post is especially welcome in the Oriental Studies Faculty. This post will enable teaching and research at the highest academic level of the complex texts and languages in which the Buddhist teaching has been communicated; this is where the faculty excels, providing the ideal academic environment for this Chair.

‘Our faculty has a long and distinguished history of teaching Buddhist topics, and has produced prominent figures in the scholarly field, but this is the first time a post in Buddhist Studies has been established in perpetuity. There is a definite need for the expansion of the teaching of Buddhism in some of the most dynamic sections of our faculty, especially within the sub-faculties of East Asia and South and Inner Asia. At the same time, Buddhism is a pan-Asian phenomenon, and the increased study of Buddhism within Oriental Studies will link together our different subfaculties in innovative ways.’

Professor Richard Gombrich, Emeritus Professor of Sanskrit at Oxford University and Academic Director of the Oxford Centre for Buddhist Studies, said: ‘This benefaction is a milestone in the history of Buddhist Studies.  It will enable this University to continue and enhance the internationally recognised tradition of teaching and research built up over the past quarter century; to engage ever more fully with Asia’s great cultural traditions; and to embark on important research projects, many of which will, we hope, involve international collaboration.’

Mr Geoffrey Bamford, OCBS Executive Director, said: ‘The new Numata Professor of Buddhist Studies will be at the heart of a significant academic enterprise. OCBS is working towards a team of six permanent posts, including endowed Lecturerships in East Asian Buddhist Studies, Pali Buddhist Studies, Tibetan & Himalayan Buddhist Studies, Buddhist Social History and Buddhist Art. This generous donation from the BDK for an Oxford University Professor who will play a key role OCBS’s team gives us a wonderful start.’

The vacancy will be advertised soon with a view to making an appointment from 1 October 2007 or as soon as possible thereafter.  The advertisement will be posted on the University website at www.ox.ac.uk/jobs/, after which time further particulars and information about how to contact the University for further information about the post, and how to apply, will be available.

For more information, please contact the Press Office, University of Oxford, on 01865 280532 or press.office@admin.ox.ac.uk