Mumbai, India -- The University of Mumbai has been directed to refund monetary grants it was alloted to set up a ‘Buddhist Studies Centre’. The University Grants Commission wants the refund as the centre never took off despite disbursal of funds by the apex body for higher education in India. 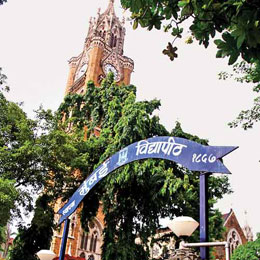 About five years ago, the apex body has released nearly Rs10 lakh against the varsity’s proposal to set up the Buddhist Studies Centre. The centre, however, was never established despite the varsity having the resources — money, land, capable teachers and a large number of aspirants. The state has a large number of people who follow Buddhism.

A letter by University Grants Commission to University of Mumbai in October 2012 states: “The meetings to review Buddhist Studies Centres... were convened thrice... Since no representatives of your university came to attend... it has been decided to discontinue the centre at your university.”

This newspaper has a copy of the letter which adds: “University is requested to settle the accounts against the grants sanctioned... towards this centre immediately.”
Asked about the centre, officials at University of Mumbai directed this reporter to various departments — ancient history, philosophy, Pali and finance. Officials at these departments admitted that the centre never came up though several meetings were convened to evaluate the feasibility of the project and to identify the “suitable” department to handle the centre.

All that University of Mumbai vice-chancellor Rajan Welukar said is: “It’s a 10-year-old issue.” His statement suggesting that this did not originate during his tenure Senator of Mumbai University, Sanjay Vairal, said that the university has lost an opportunity to start the centre for Buddhist Studies.

Over 15 Buddhist Studies Centres were launched by University Grants Commission under a scheme titled ‘Epoch-making social thinkers in India’.

A note by the apex body on this scheme states: “Indian university system owes to the nation to conduct studies and research which are pertinent and apply their ideas in reconstruction of society on moral, spiritual and ethical background...’