Sanchi kept out of grand Buddhist circuit in budget blueprint 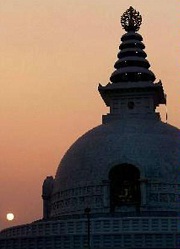 Sanchi is a renowned Buddhist centre that attracts tourists from countries like Sri Lanka, Japan, Thailand, Korea and China among others.

The outgoing UPA government had allocated Rs 5 crore to Madhya Pradesh State Tourism Development Corporation (MPSTDC) to develop a Buddhist circuit to promote tourism in the state. The circuit was chalked out by incorporating Sanchi, Satdhara, Sonari, Murel Khurd and Andher. But despite a BJP government at the Centre and in the state, this crucial heritage site was given short shrift.

Not just Congress-led UPA, but the state government too has prized itself on establishing Buddhist and Indic Studies University at Sanchi. Lankan President Mahinda Rajapaksa and Bhutanese Prime Minister Leo Jigme Thinley among others were present at the launch. The visit of the Lankan president had also drawn outrage from Dravidian parties like MDMK.

An official associated with the university said, "It is unthinkable that a Buddhist circuit would be developed in the country for tourism without Sanchi, which is one of the most important sites in the world and has structures with best of Buddhist architecture, including stupas, dating back to 3rd century BC."