Colombo, Sri Lanka -- An Austrian, Natascha Kampusch who hit world headlines in 2006 after she was rescued from a secret cellar where she had been confined for eight years has in an act of benevolence donated a children’s hospital to Sri Lanka built at a cost of Rs.15 million. 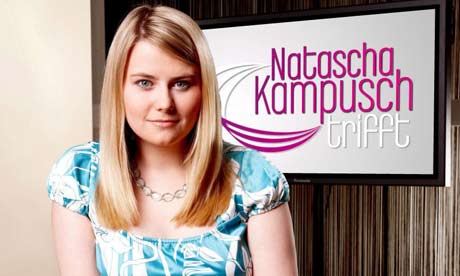 She raised the funds to build the hospital at Bulathsinhala by selling books written by her where she depicts the sufferings she underwent in the cellar in Vienna.

When asked why she chose Sri Lanka to donate the hospital, she said she loved Buddhism and Sri Lanka.

She was abducted while travelling to school where she was a Grade Four student. Natascha had spent eight years and 176 days as a prisoner and had to survive on a meager ration of food provided by the abductor during her ordeal.  She was 18 when she escaped from the celler.

The abductor had told the police that he wanted to marry a girl who pure and untouched by anyone else and therefore had abducted the girl.

Natascha’s book explains her ordeal at the hands of the abductor become a best seller and was translated into several languages including German, French, Russian, Japanese and Chinese.

The Children’s Hospital constructed at Bulathsinghala from the funds provided by her has been named as ‘Natascha Kampusch Children’s Hosspital’.

Natascha is studying Journalism at the Vienna University said her ambition was to serve the children in the world.

Health Minister Maithripala Sirisena presented her with a memento at the opening ceremony of the hospital.