Colombo, Sri Lanka -- “Ordering by the beat of the drum that no animals should be killed within a radius of seven gau from the city, he gave security to animals. He also gave security to the fish in the twelve great tanks, and bestowing on (the region’s people) gold and cloth and whatever other kind of wealth they wished, he commanded them not to catch birds and so gave security to birds….” 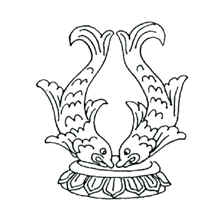 This inscription, which is engraved in an upright stone slab at Ruwanweliseya, Anuradhapura, is a transcript of a decree issued in the late12th Century by King Kirthi Nissanka Malla of Polonnaruwa. It is reflective of the high moral concern that the rulers and people of Sri Lanka showed towards animal life in ancient times.

Likewise scattered through the pages of the Mahavamsa, are other records of royal protection granted for the preservation and well being of all forms of animals. It can well be said that the policy of compassion and tolerance initiated by Emperor Asoka in India in 270 BC in the form of state protection to animals, was followed in earnest by a long line of Sri Lankan Kings. Buddhism played a major role in influencing the development of this benevolent public attitude towards animals.

Whatever interpretation may be put on the First Precept of Buddhism i.e. whether it prohibits the consumption of flesh foods, it is without dispute that Buddhism has never countenanced the ‘kill and eat’ principle, which is found in monotheistic religions. Neither does Buddhism adopt a purely utilitarian attitude towards animals by insisting that animals exist solely for the benefit of man.

Instead, Buddhism advocates a peaceful co-existence between man and animal. It unequivocally prohibits in its very first precept, the taking away of life of another living being, for whatever the reason. Ahimsa, or nonharming, and Metta, or loving-kindness are central to Buddhist thinking and colours all Buddhist practices.

As regards Sri Lanka, it has been said that the dietary habits of our people prior to the arrival of the Europeans were essentially vegetarian. Robert Knox in his ‘Historical Relation of Ceylon’ admits that his beef eating habit was despised by the Sinhalese people of 17th Century Sri Lanka.

Though the meat eating habit gradually began to spread among the people upon the colonization of this country by three Western powers, yet the majority i.e. the Buddhists, never assumed directly the actual responsibility of rearing and killing animals for food. Such restraint on their part was clearly due to the influence of deep seated moral considerations.

However these moral restraints which have been enshrined in the collective mind of the Buddhists for over a period of 2300 years would be rapidly lost if the state succeeds in promoting animal husbandry (leading to slaughter of animals) and inland fisheries schemes.

The biggest danger to the underlying Buddhist Civilization of this country from the establishment of inland fisheries schemes, is the great likelihood of the creation of a new sub-group of Sinhala Buddhists in the hinterland of Sri Lanka, who may be forced to disown or react against Buddhism sometime in the future, because their breach of the Buddhist First Precept for the purpose of earning a living would never receive scriptural sanction or the moral approval of the Buddhist public and the Buddhist Sangha.

In other words these policies of the Government would be laying the foundation for the emergence of sub-groups within the ranks of Sinhala Buddhists, who would be most susceptible to the influence of religions which sanction the slaughter of animals for food. The wholesale conversion of the entire Buddhist population in the Maldives in the 12th Century, to Islam, is a good example of a case where choice of livelihood e.g. fishing, led, among other things, to the loss of faith in Buddhism.

Buddhism lost ground in countries such as Maldives, Indonesia, Malaysia, and Bangladesh partly due to the gullibility of then Buddhist rulers of those countries, who failed to exercise the necessary vigilance to protect Buddhism.

To the credit of President Premadasa it must be said, that he abandoned the development of inland fisheries in the larger interest of protecting the foundation of Buddhist Culture which still exists more or less intact in the rural areas of Sri Lanka.

King Kirthi Nissanka Malla and other Sinhalese Kings granted ‘Abhayadana’ (sparing of life from slaughter) to the fish in the twelve great tanks which are found in the Anuradhapura, Polonnaruwa and Dambulla districts. These Kings with the most noble of intentions, would have expected succeeding generations of Buddhists, to honour rather than repudiate these inspiring injunctions, which are a part of this country’s rich spiritual heritage. Yet, these are the very lakes which are being earmarked for the introduction of inland fisheries.

Sometimes people tend to defend fishing on the ground that it is a harmless activity causing neither pain nor suffering to the victim. This is a wrong presumption. Fish have been discovered to show most of the pain behaviour that mammals do. In some species there is even vocalization.

They make vibratory sounds indicating ‘alarm’ and ‘aggravation’ and show signs of distress when they are taken out of water, hauled up into air and allowed to flap around until they die. Because their gills can extract oxygen only from water and not from air, fish out of water cannot breathe. They usually die slowly in pain from suffocation.

The argument that fish provide protein and therefore it is important for people including the Buddhists of this country, to actively participate in inland fisheries schemes, is a proposition which can be logically extended to cover the slaughter of many other animals. In fact it may well happen.

The Buddhists who are being encouraged by Government incentives to engage in fishing in inland reservoirs, may in the course of time take to slaughtering other animals for food and the making of profit. Right Livelihood as propounded by the Buddha, being one of the noble Eightfold Path, eschews conduct such as trading in live or dead animals for profit.

There are a number of new foods coming into the market which are not slaughter products. The protein rich Soya Bean and derivatives such as Tofu, now constitutes the basic diet of several Asian countries including China and Japan. It is also becoming popular in Western countries.

Why is there no public drive towards promoting a large scale Soya Bean cultivation, production and consumption in this country? It is more economical to produce protein rich vegetables rather than flesh food.

Dr. E.F. Schumacher in his celebrated book ‘Small is Beautiful’ spoke of ‘Buddhist Economics’. He stressed the need for developing countries to fashion economic policies in such a way that they did not conflict with the religious and spiritual traditions of the people.

In this context the question arises whether the advice of the Buddhist Sangha was sought by the Government of Sri Lanka before it embarked on re-developing inland fisheries, a policy which was abandoned by a previous government largely as a result of the convincing submissions made by the Maha Sangha.

It is true that flesh food consumption is now quite widespread even among Buddhists in Sri Lanka. As realists we must accept this, but we need not extend it, particularly in a way which requires Buddhists to slaughter animals. Sinhala Buddhists, generally as a group (subject to a few exceptions), have always maintained, throughout our history, a marked distance from slaughtering animals for food.

These restraints, influenced by the principles of Ahimsa (non-violence to all living beings) contributed substantially to the making of the Sinhala Buddhist identity and its authenticity, which in turn drew the admiration and sometimes the envy of others.

If killing animals for food is promoted as an occupation among Buddhists, whether in the form of inland fisheries, prawn farming or household chicken farming, much damage will be done in the long term, to one of the finer traits of the Sinhala Buddhist image.