Colombo, Sri Lanka -- Sri Lanka has denied visa to US hip-hop singer Akon in the wake of protest over his controversial video album featuring scantily-clam women dancing around a statue of Lord Buddha. 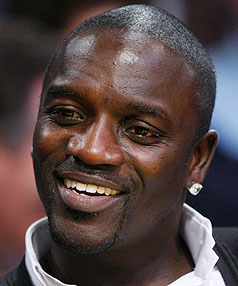 << NO SHOW: Sri Lanka has denied a visa to Akon after the singer's planned concert sparked rock-throwing protests by Buddhists.

Akon was to perform in Sri Lanka next month and a major tourism drive was also launched to attract fans from Asia and other regions for the concert.

The decision came after some Buddhist monks asked the government to cancel the concert, accusing the Senegalese-American lyric, singer and producer of degrading Buddhism in his video 'Sexy Chick'. The video shows Akon dancing with a group of women around a Buddha statue at a pool party.

However, Lasantha Samarasinghe, Director of Platinum Entertainment, the organiser of the Akon's concert, said that he has no information about the government decision.

'We will take this up with the relevant authorities tomorrow,' Samarasinghe was quoted as saying.