The Surge Of Sinhala-Buddhist Fundamentalism?

Colombo, Sri Lanka -- Could it be that the sight of the Buddha statue was a complete turn-off to those who were utterly aroused by the dancing girls, the ‘sexy chicks’, seen in the music video Sexy Bitch, by David Gruetta, which featured Akon? If not, can such a scene, which in this particular video lasted for not more than two seconds, truly give rise to the kind of intolerance in a Buddhist; which was shown when stones were hurled at the MBC office? 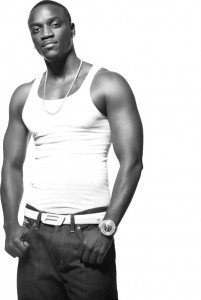 A further question that arises is the following: how many more seconds would it have taken, of that or a similar kind of scene, for these people to strap a bomb round their bellies and blow themselves up in front of the MBC Office? Surely, if one or two seconds caused such anger and hatred, things would have been much more serious if the entire music video featured a Buddha statue or a temple in it. More fundamentally, then, are these protestors who shout and scream and throw stones, including some monks, really ‘Buddhists’?

Perhaps as a nation, we have reached the stage where the kind of absurd protests that take place in the name of Buddhism need to be critically analysed. There is a great danger in not doing so, because obviously, the impression that is sent out by the silence of those who are disturbed by such protests is that of ‘acceptance’; acceptance of every barbaric thing done in the name of Buddhism, mostly by politicians who hide behind religions.

This is a classic case of silence amounting to acceptance, as this is how silence is interpreted with regard to issues of such nature; issues which involve religion and politics. And these are the same people who cry out thereafter that the whole world is against it, about conspiracy, about Western threats directed at Buddhism and the predominantly Sinhala-Buddhist State, Sri Lanka.

There seems to be a complete misunderstanding of Lord Buddha’s teaching here, when ‘Buddhists’ and in particular ‘Buddhist monks’ appeal to a government in such an aggressive fashion, calling for the rejection of Akon’s visa. Surely, this is not the way in which Prince Siddharta, and later Lord Buddha, dealt with matters which involved controversial questions involving women. Surely, the kind of anger shown by those protestors certainly go against the fundamental teachings of Buddhism; compassion, equanimity, the noble-eightfold path, the importance of forgiving, and so on.

This goes against the most fundamental and invaluable lesson of the Buddhist philosophy. The need to realise the nature of impermanence, which would have meant, at least to a Buddhist monk, that one had to contemplate more seriously on what one was truly seeing in that music video, i.e. the shaking of a mass of flesh, a body consisting of bones, blood, marrow, pus, sinews subject to birth, disease, decay and death.

That the feelings which may have been aroused, of anger, even lust, would pass away with a more focused mind directed towards insight meditation; that what was seen in the form of Akon is that of a truly misguided and ignorant fellow who would have not known what on earth this philosophy of Buddhism taught, and therefore a human being, who certainly deserves to be forgiven for the mistake made wittingly or unwittingly.

A Buddha statue is simply a symbol, and that the Buddha resides not in a statue made of clay, cement or stone, but in the very teaching he expounded; that you ought to see the Buddha not in a statue, but in his sublime teaching; and that even if the video scenes were reasons to cause discomfort, the methods adopted to show one’s protest simply go against the serenity and gentleness exemplified and advocated by the Buddha and his teaching.

Given the kind of extreme compassion that the philosophy of Buddhism teaches us, it is certainly not incorrect to call the scenes about which one read and saw recently, to be a reflection of a kind of fundamentalism that goes against the entire Buddhist philosophy; a kind of extremism and fundamentalism that could soon turn into the kind of violent Islamic extremism and fundamentalism seen in the modern world; which is again a sad case of a peaceful religion being misinterpreted to suit the needs of a group of misguided and ignorant people.

Generally, we see these signs and tend to shrug it off, believing that similar incidents would not happen again, that these are actions of a lunatic fringe, a small one, things that happen only during election time. But this is what we thought when Shahrukh Khan’s concert was attacked, did we not? We believed that it would never happen again. But there is, there seems to be, no end to this.

But if one looks more critically, the danger is this: that even though it was a relatively small group that resorted to such action, that group is extremely influential today, so much so that such action has received government approval. So, when it is reported in the press that at the end of a meeting between President Mahinda Rajapaksa and the Tourism Minister Achala Jagoda the decision had been taken to reject Akon’s visa application – what you saw there was not only the stamp of rejection on Akon’s visa, but more seriously, the stamp of approval on the kind of intolerance and extreme attitude shown by those who are supposedly very sensitive ‘Sinhala Buddhists’. In short, the fundamentalist attitude shown by some has received state approval.

So, in a sense, Buddhism, today, needs to be protected not only from those who misinterpret it, but also from the very government which is turning out to be (if it has not, already) a sorry outfit. Is it under such circumstances that the Constitution gives prominence to Buddhism?

It would have been (or it is) far better to scrap that provision entirely from the Constitution, and revert to a more correct form of teaching, a re-teaching of Buddhism, in the country. But again the question is; who is to teach, and how can this be done, when the teachers (even the guardians) themselves are responsible for the present state of affairs?

And take note, for a moment, of the kind of hypocrisy and absurdity shown by a government that rushes to conclude that girls dancing in front of a Buddha statue offended Buddhists and their sensibilities. Think about the kind of persons in cabinet who would have met to discuss this matter and ‘ratify’ the decision to not grant a visa to Akon. Could you name a few? What of their respect for Buddhism and other moral and ethical considerations?

If not for one’s own political advantage, do these people really care about Buddhism in the first place? And are they not the people who embraced Myanmar’s General Than Swe? Or, the kind of people who benefit, today, from those who were responsible for the attack on the Dalada Maligawa? If the likes of Pillayan and Karuna who were instrumental in carrying out that attack can be forgiven, surely, Akon can be easily forgiven?

Why is it that there is forgiveness only when Karuna and Pillayan apologise and capitulate, and not when Akon apologises? Is it then about Akon, or is it about his local sponsors? And so we return to that obvious question; is it all about politics, and nothing but politics? And the politics of which group, which party, which politician?

These are the questions that arise. And it is the approving nod given by the leadership of the state which marks that slide towards, or the rise in, fundamentalism, or the creation of an extremist mentality.
And this comes especially at a time when the teachings of the Buddha – the Buddhist philosophy — should have been utilised for the greater good of the people, for ethnic reconciliation purposes, for spreading the message of tolerance, of harmony, of peace, or of forgiving even your most brutal enemy.

Given all this, there is another simple question that we may need to brutally, and honestly, answer; a final question: what is, or what should be, more disgusting, more offensive – to witness ‘scantily clad’ girls dancing in front of a Buddha statue thousands of miles away, or to witness, right in front of your own eyes, a government dancing to the tune of a bunch of ignorant people who seem to have lost perspective and direction and seem to be denigrating Buddhism so openly, so obviously?