The Triratna (Pali: ti-ratana) is a Buddhist symbol which is thought to have been prevalent during the reign of King Ashoka, the great Maurya ruler (c. 268 – 232 BCE). The symbol represents the Three Jewels of Buddhism - the Buddha, the Dharma, the Sangha. 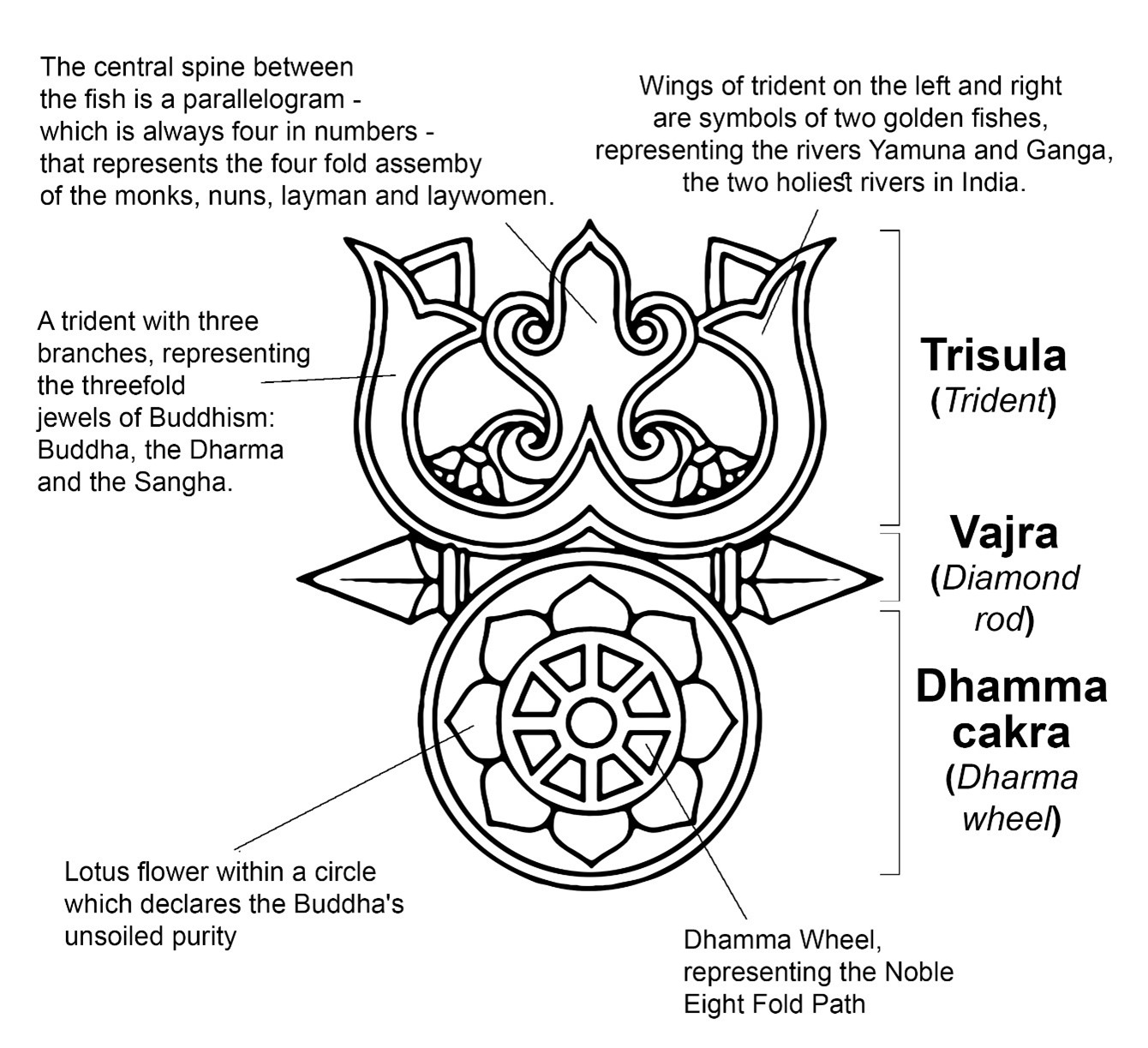 It is shaped by a trident the 'trisula' - a popular ancient Indian symbol at the time, framed with two golden fish on the left and on the right. The two fishes represents the Yamuna river on one side, and the Ganga on the other. These two rivers, regarded as the most sacred in India, joined as one to form the mighty Ganga. When they were adopted into Buddhism, the fish came to symbolize happiness and spontaneity, due to their freedom to move through water. In a deeper sence, this was freedom from the cycles of birth and death. 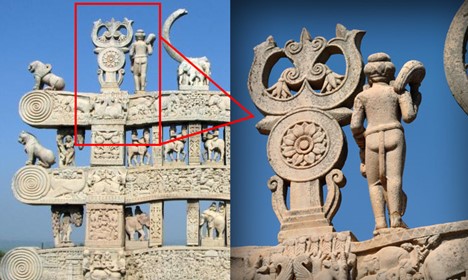 The central spine between the fish is a parallelogram - which is always four in numbers - that represents the four fold assemby of the monks, nuns, layman and laywomen.

Further below the trisula is the Dhammacakra, the Dhamma wheel which represents the rolling forward of the Buddha's teachings. In the Sanchi triratna symbol, framed within the wheel is an eight petals lotus. The circle declares the Buddha's unsoiled purity and also represents the Noble Eight Fold Path, the path leading to the end of dukkha (disfactoriness with life).

The concept of this sacred motif gained prominence when they were incorporated into the stupas of Sanchi and Amaravati. The Triratna became the iconification of Buddhism across the Indian sub continent. It has to be remembered that during the time of its popularity (circa 3rd to 2nd century BCE), Buddhism was still using aniconic symbols to represent the teachings. The Buddha in anthropomorphic depiction was still two hundred years away.

It helped that great rulers like Ashoka was patron of the Buddha Dhamma. After his reign, future rulers such as those from the Indo-Greek King Menander (middle of the second century BCE), the Kuninda Kingdom c. first century BCE and Kanishka of the Kushanas (first century CE) continued to support the religion. Testimonies of their faith lies in the depiction of the triratna in coins from these eras. And since these kingdoms lie along the route of the great ancient silk road, it would only be a matter of time before Buddhism slipped into this stream and traversed out of India and into the big wide world.
TOP