TAXILA, Pakistan -- The French government has planned to organize an exhibition in Paris in 2010 to put on display Pakistan’s rich cultural potential. 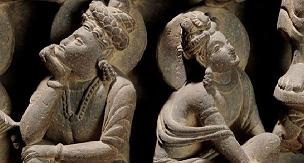 << The French officials would also visit other Museums of the country where Buddhist sculptures have been preserved for the selection of the masterpieces during the exhibition. — File Photo World

These officials viewed and examined the master piece of the stone sculptures preserved in Taxila Museum and its reserve treasure housing hundreds and thousands of sculptures of ancient Taxila valley and Gandhara civilization.

He informed the French delegates that Taxila Museum reflected the history and varied achievements of the people of Taxila during the last 4,000 years. He said that vast collection of antiquities recovered from the excavations over 7,000 rare and preserved objects which are on display in the Museum. The objectives of the museum are to create awareness among general public with special regard to younger generations about the ancient culture and history of the region, he added.

Later Bahadur Khan told this scribe that the exhibition would not only put on display the rich archeological treasurer of Pakistan abroad not only among the people of France but also among the tourists of the world, as Paris is the favorite tourists spot but also expose the soft and enlightened image of the country among the world community.

He said that the French officials would also visit other Museums of the country where Buddhist sculptures have been preserved for the selection of the masterpieces during the exhibition.