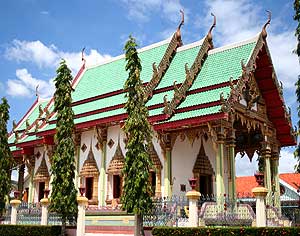 << The main shrine hall of the Kedah Buddhist Association in Alor Star, Kedah

Ong said the building, expected for completion by middle of 2009, could accommodate more than 600 devotees.

“Our architect has designed a high-tech and environmental friendly building,” he said.

He said with new architectural designs, the building would also served as one of the tourist attractions in Kedah.

The association has been organising many fundraising events for the building, he said, adding that it had also requested for funds from the state government.