Sydney, Australia -- A study comparing the bone health of 105 post-menopausal vegan Buddhist nuns and 105 non-vegetarian women, matched in every other physical respect, has produced a surprising result. 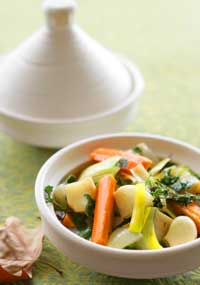 << No drawbacks ... a plant based diet found to be healthy for bones despite the lack of calcium.

Their bone density was identical.

“For the 5% of people in Western countries who choose to be vegetarians, this is very good news,” said Professor Nguyen. “Even vegans, who eat only plant-based foods, appear to have bones as healthy as everyone else.”

“Bone health in vegetarians, particularly vegans, has been a concern for some time, because as a group they tend to have a lower protein and calcium intake than the population at large.”

“In this work we showed that although the vegans studied do indeed have lower protein and calcium intakes, their bone density is virtually identical to that of people who eat a wide variety of foods, including animal protein.”

“The nuns’ calcium intake was very low, only about 370 mg a day, where the recommended level is 1,000 mg. Their protein intake was also very low at around 35 g a day, compared with the non-vegetarian group, which was 65 g.”

Professor Nguyen and Dr Thuc Lan chose to study Buddhist nuns because their faith requires them to observe strict vegan diets all their lives.

“We didn’t study vegetarians from the West because many are lacto-vegetarians, so could have considerable calcium in their diets. It would have compromised the results,” Nguyen explained.

“The Buddhist nuns came from 20 temples and monasteries in Ho Chi Minh City. The control group, 105 non-vegetarian women of exactly the same age, were recruited from the same localities.”

Although Professor Nguyen and Dr Thuc Lan do not advocate a vegan diet, they note that fruits and vegetables are likely to have positive effects on bone health.

They also note that the study did not measure Vitamin D levels  (as important to healthy bone as calcium) and factors such as lifestyle and physical activity. These variables may affect the outcomes for vegetarians elsewhere.