Costa Rica -- Over the past few decades Catholic Churches in Central America has seen an exodus of their congregants leaving to explore and join other Christian denominations and other religions. Experts point to growing competition from other denominations, primarily evangelical Christianity and a general dissatisfaction with the Catholic churches intolerance and rigid stance. There is an emerging segment of the population in Central America that is converting to religions such as Islam and Buddhism. 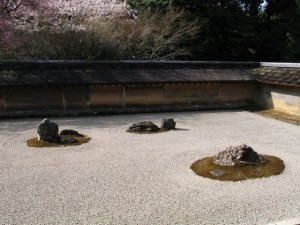 << With approximately 100,000 practitioners, Costa Rica has more Buddhists than any other country in Central America

José Espinoza and his wife Katrina is one couple that converted to Buddhism 3 years ago, and say they have never been happier.

When asked why they converted from Catholic religion to Buddhism, José explained, “My wife and I have different reasons, but for me, I had approached the Father of the Catholic church we had been attending, to ask some questions on some marital issues my wife and I were experiencing, and the Fathers’ advise was to quote a few lines from the Bible and say a prayer. That was when I thought ‘how can this person give family or marital advice when he never has had a wife or children of his own’. That was the first time I think that I started to question my religion and began to look at other religions”

Continuing José explained why they ultimately chose Buddhism. “We looked at other Christian religions and we also looked at Islam and finally Buddhism. For us Buddhism touched something very deep in both of us. The non-judgmental, accepting attitudes of the members of the organization were very appealing to us. And I think the practice of meditation has added so much to our lives.”

When asked about the types of meditation practices José continued, “They taught us very simple methods like counting your breathing, to help keep the mind focused on the here and now, and later there are different ways to breath, Buddhist breathing, Taoist breathing methods, but essentially these different methods help you calm what they call ‘monkey mind’, which is when your mind or thoughts jump around from thought to thought… with a little practice the mind calms and you enter a kind of ‘now’ state. When you practice meditation, you just feel good, calm centered, and not just when you are meditating, but with practice you attain what the Japanese Buddhist call zan-shin, which translates to residual mind, or that which carries over into the rest of your day or life, so you find you are better able to cope with the stresses of life, work, and family from a much calmer and center perspective.”

With approximately 100,000 practitioners, Costa Rica has more Buddhists than any other country in Central America. Buddhism was brought to Costa Rica by Chinese immigrants during the earlier part of the 19th century. Today are several recognized and establish groups in San Jose Costa Rica.

------------
Terrence Kosho Johnson (Kosho – given Buddhist name) is a guest writer for The Costa Rica News. He has been practicing Buddhism for the better part of 30 years, studying at different temples, and ultimately became a teacher in a form of Zen Buddhism called Rinzai, one of the tree primary sects of Zen in Japan. Kosho now lives in Costa Rica.