Trinidad and Tobago, WEST INDIES -- The Maitreya Project, which has organised a world tour of sacred Buddhist relics is currently displaying them in Mexico and will make Trinidad and Tobago in the West Indies its next stop. 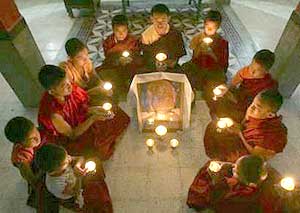 The relics will be accompanied by three custodians. The inspiration of the project is from Nepal - born Lama Zopa Rinpoche, spiritual director of the Maitreya Project, who collected the sacred relics from several countries and from the Dalai Lama.

A 500 feet Buddha statue which is being built in Kushi Nagar, North India will ultimately house the relics. The statue is being designed to last over 1,000 years.

Trinidad and Tobago hosts the three-day local leg of the historic event from Friday.