Phoenix, Arizona (USA) -- The Buddha once lamented, "Look at this! Thieves wear robes to represent my teaching, and yet they only make all kinds of intense karma by selling me for their own personal profit!" 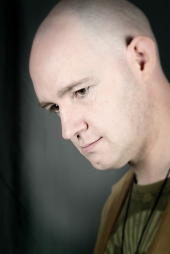 << "It is the duty of a Zen monk to speak out, to challenge, to cut through delusion, to turn sickness into healing" - Dogo Barry Graham

In the age of the Dharma's decline, there are many epithets given to errant monks. Among the most frequently used are "bat-monk," "deaf-mute goat monk," "bald layman," "hell scum" and "thief in a monk's robe." - Master So Sahn, The Mirror of Zen

This is a subject I've written about before, but recent events in American Zen (some of which have yet to make the news, but will) make it worth returning to.

The reason Buddhist discourse in America tends to be very shallow is that there is a widespread belief that we shouldn't criticize one another. Thus, charlatans get to masquerade as teachers, while sociopaths in robes abuse their students, and it all goes unchallenged.

Or, rather, it goes mostly unchallenged. But when genuine monks speak out against the charlatans, they themselves are often derided for making the criticisms. They are told by deluded people that they shouldn't criticize other Dharma teachers, and that they shouldn't be judgmental.

The word judgmental has become one of the most common pejoratives used by westerners drawn to Buddhist practice, and that makes sense. But too many people make the mistake of thinking that not being judgmental means not making judgments.

This view is simply amoral, and stands in contradiction to the Buddha Dharma.

To be judgmental is to put someone down, belittle them, see yourself as superior to them. But that's not the same thing as making a reasoned, qualitative judgment about a situation or a type of behavior. For example, I would contend that it is better to offer assistance and respect to homeless people than to spit on them, and that a person doing the latter is behaving reprehensibly.

By the logic of a Barnes & Noble Buddhist, though, I'm "being judgmental" - because I'm making a judgment.

This view combines intellectual laziness with moral cowardice, and is the quintessence of what Chogyam Trungpa Rinpoche called "idiot compassion" - a superficial egalitarianism that is not compassionate at all.

Buddhism, in fact, is based upon making judgments. The Buddha judged that people were causing needless suffering to themselves and others, and that this was a bad thing. He judged that pathological karma and vipaka could be brought to an end by diligent practice of the Dharma. He made a judgment, in other words, that he was right and that most other people were wrong.

He was not being judgmental, not putting people down. But he used his skills of qualitative judgment to diagnose the sickness and then prescribe the cure. To the smiley-faced, hug-giving Buddhists who frequent American bookstores and Dharma centers, though, the Buddha was a bad Buddhist.

When you take a moment to examine it, the dogma of not making judgments collapses under the weight of its own hypocrisy, because it is in itself based upon a judgment - that we should not make judgments. It is a view that denies hierarchy, that denies right and wrong, while stating that those who hold this view are right and that those who don't are wrong.

Silence is not neutral; it always supports the liar, the phoney, the abuser, the oppressor. It is the duty of a Zen monk to speak out, to challenge, to cut through delusion, to turn sickness into healing.

To speak out in qualitative judgment does not violate the Precept against using unskillful speech - but to remain silent and uncritical in the face of lies and abuse is a violation of that and every other Precept, a violation of the Bodhisattva Vows, and a rejection of the Buddha Dharma.