Las Vegas, NV (USA) -- The Korean opus Spring, Summer, Autumn, Winter and Spring directed by Ki-duk Kim is a monk's film that is a calm, witty, accomplished, transcendental, and contemplative work reflecting one man's life journey. It draws a universal chord in utilizing the four seasons to conjure a sense of spiritual discipline and depict the concept of karma. It brings a spiritually uplifting story against a lush backdrop of nature’s extraordinary beauty. 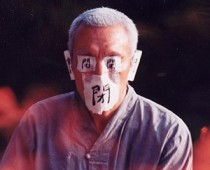 The dramatic seasonal shifts complement the coherence of the story's presentation. Portraying a man's journey from childish and materialistic accounts to enlightenment rooted from the philosophy of Buddhism, Spring, Summer, Autumn, Winter and Spring weaves a beautifully composed canvas of the enthralling images that support the twists and turns of nature’s natural terms and the rumination of a person’s evident shortcomings in life. With its heart-stopping, picturesque visuals, the beauty of its location is maximized by the art of the camera. The perfectly composed shots amplify an emotionally resonant story. The minimal dialogues yield to the impressive performances of the actors and actresses. And all these bring heart and soul to the film.

This film takes place in a beautiful lake, where an old monk lives in a serene, floating temple. The audience watches the seasons and the years pass by, from the elderly master teaching the boy the ways of the Buddha, and later on, as a young man, the master allows him to act on his will as he experiences his sexual awakening with a girl who has come to the temple to be healed by the master. The youth runs away to the outside world but his lust turns his life into hell. And so, he returns to the lake temple to find spiritual enlightenment. As the film progresses further, one sees that this is a film about the constancy of renewal and change.

This is not a movie of action, but of meditation – a tale that unfolds, like the seasons, allowing the viewer to explore its meaning, its mysteries, and its boundaries. Without being preachy, ‘Spring, Summer, Autumn, Winter and Spring’ embarks on spirituality, loneliness, and accountability. The floating monastery drifts around in a slow circle on the lake amidst the serenity of thoughts gracing in mystical directions and transporting a sort of spiritual experience to the audience.

Spare and contained as it is, the compelling story evokes the oneness of the film's characters to their natural surroundings. And for the people watching the film, the story may not lead to actual enlightenment, but it leaves a remarkable message to enlighten them, in one way or another.

By turns humorous and tragic, somber and stirring, the 98-minute film brings the gale force of the winds as the scenarios capture the eyes while provoking the mind. A mystical primer on Buddhist spirituality, it is an immediately absorbing story about life lessons that people tend to grapple with.

The film's effect is magical. It draws the viewer into one lifetime's various experiences that are full of incidents and observations that are easy to grasp, regardless of the viewers' faith, religion and beliefs. Beautifully absorbing, it borders on the profoundly cyclic repetitions in life. It catches a glimpse of oneself in the spinning wheel of hope, destruction, suffering, and bliss.

Exquisitely crafted, the slow pacing of this visually arresting, but never boring, and frequently moving film has a timeless quality. It manages to isolate something essential about human nature – comprehending the scope of various human experiences. As simple as it is, the film proves that the sincerest stories are nearly the most universal, and the simplest tales sometimes become the deepest. Indeed, Kim really knows how to paint a picture on screen and let the film seep into the soul of the audience.

The film is definitely brilliant in so many ways. However, I just can’t help but notice the general representation of the female characters in the film. They merely represent corruption and temptation and nothing else significant. And this becomes its main weakness and leaves it not as balanced as it could have been. Another issue that can be probably raised against the film is the possible harm done to some of the animals, mainly those who are clearly shown in close-up shots where heavy stones may hamper their movements and possibly cost their lives (the likes of PETA may find this quite annoying or alarming then).

The Master allows the young boy to do what he wants. He does not become an all-powerful father figure cleaning up after him. He allows him to make mistakes and suffer the consequences. As a good teacher, he points the way for the student to discover self-evident knowledge on his own. Being cruel to the animals during his childhood, the sum of all the mistakes and cruelties he has grown up with has meant paying for them.

The punishment, guilt, and regret become various forms of pain for him. From the scene of him carving into the wooden floor to purify his evil acts until his journey to the top of the mountain overlooking the lake, the portrayal of his inner journey towards enlightenment is seen while he carries the stone in his heart – embarking in a journey of self while carrying a mill rock and the Buddha to the top of one hill dominating the lake – symbolizing superation and cleansing.

There are many things that remain vague and yet validating in the film. Without spoon feeding, the viewers are given the creative and spiritual license to interpret the meanings of the acts, the situations, the metaphors, and the symbolisms.

From the doors with no walls as seen in the hut and by the lakeside promoting a sense of morality and discipline, to the various acts of the boy and the places of his many acts, to the animals utilized in many instances within the story, to the carvings made on the floor, to the colors of the carvings blending with the moving shots of the autumn leaves, to the exhausted and faceless woman who leaves her child in the floating temple and dies along the way, to the kind of death of the old monk, Kim, just like the rest of the filmmakers with sincerity on their craft, insert metaphors and symbolisms in their films. And the magical effect of the filmmaker's personality seen in the bits and pieces of his/her film makes the audience feel a completely organic experience while inside the moviehouse.

The young boy seen both in the beginning and in the end, represents the people. The same actor playing the young boy shows the eternal cycle of the human soul. The cycle becomes reflective of the monk's path in life, and how each life starts and ends, on and on, from one soul to another.

Spring, Summer, Autumn, Winter and Spring promotes self awareness. The audience is given the privilege to savor much life lessons, in a similar way as one gets to appreciate the amazing scenery this cinematic offer shows. As the seasons pass, lessons are learned, mistakes are made. The inner peace can only be found if one chooses the righteous path.

Spring, Summer, Autumn, Winter and Spring is a breath of fresh air. It is a masterful portrait of the seasons of life. It works with transporting the beauty of a profound work in a sheer cinematic craft that mirrors its characters' contemplative natures while extolling the virtues of lives simply led. Overall, it is a very rewarding film in the midst of the lovely shifts of the seasons. It gently holds the heart – and ultimately moves it. It has a timelessness that is enchanting, validating, and fulfilling.

Shortlist of Las Vegas stores where you can buy Blu-rays and DVD: