KANPUR, India -- Villagers found several Buddhist sculptures, including a 100kg headless statue of Lord Buddha, during digging in a private farm in Mainpuri district on Monday. 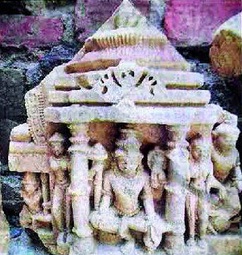 Sources said that the sculptures and the broken idol of Lord Buddha belong to Kanishka's era. A farmer in Gwaltoli village found the statue while he was digging his field on Monday, said an official.

According to local experts, the Buddha statue is carved out of a yellow stone and weighs around 100 kg. It was found along with 11 other small and big idols from the fields of one Manoj Yadav in Gwaltoli village.

"As the statues are precious, we have informed senior officers who would contact the officials of Archaeological Survey of India (ASI) so that they are properly preserved," SHO Kotwali told TOI on Tuesday.

The villagers have kept the huge idol of Lord Buddha under a tree and have started worshipping it. Apart from Lord Buddha's statue, there are 11 other statues, a few among which, were taken away by the villagers.