Buddhist sites to be developed with Japanese help

New Delhi, India -- At least 19 Buddhist sites, including two from the second and third centuries A.D, in Krishna district will be developed into prominent tourist destinations with Japanese help. 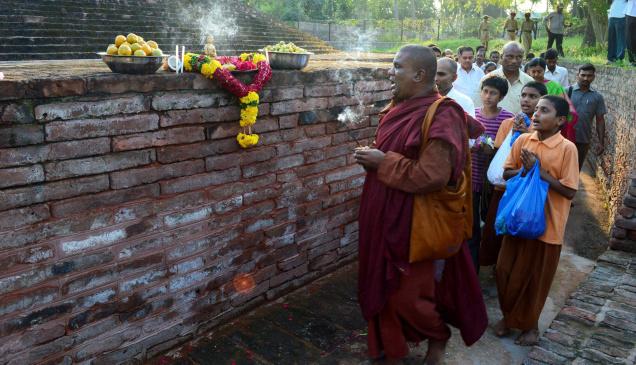 << All the 19 sites, including two from the second and third centuries AD, are in Krishna district. The government is also planning to install a Buddha statue at Ghantasala.

The sites are at present being conserved by the Archaeological Survey of India (ASI). “Chief Minister N. Chandrababu Naidu has submitted a proposal to the Japanese government, seeking necessary financial and technical support to create a ‘Buddhist Circuit’ that covers major Buddhist sites,” Deputy Speaker Mandali Buddha Prasad said.

The government is also planning to install a Buddha statue at Ghantasala. “A standing Buddha statue found at Ghantasala is now kept in display at a museum in Paris. A replica of the statue will be installed soon at Gantasala,” Mr. Buddha Prasad added.
Puja performed