Johannesburg , South Africa -- Shortly before his death, the great British historian Arnold Toynbee was asked what he considered the most important development of the 20th century. After two world wars, the invention of television and the first moon landing, few could have predicted his answer. It was, he said, "the coming of Buddhism to the West". 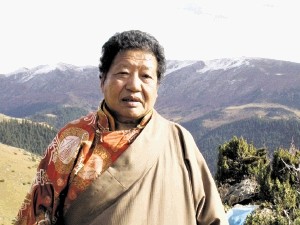 One of the most significant figures to pioneer Buddhism's trek across the time zones is Dr Akong Tulku Rinpoche, who will host a programme of events on his Joy of Kindness tour through southern Africa this month.

"Without the Chinese invasion of Tibet, I would not be here," he says. "Perhaps then some good has also come from the Chinese occupation because I and many other lamas came to be in a position to help many people in the West."

His attitude is decidedly charitable, especially considering the story of his escape from Tibet. In 1959, the 20-year-old Akong Tulku had just completed his spiritual education when he found himself among the leaders of a 300-strong party fleeing the Communist Chinese invasion.

As Lhasa was occupied, they were forced to take an alternative route across the Himalayas. This became a nine-month journey involving high altitudes, raging rivers, starvation and evading capture. At one point their hunger was so severe they resorted to boiling their leather bags and boots to make soup. Only 13 of the 300 people would make it to India alive.

Akong Rinpoche regards this experience as pivotal in fuelling his desire to ease people's suffering. In 1980, he launched ROKPA International, a non-sectarian non-profit organisation that is active in 18 countries, providing food, education, environmental support and health care in Tibet, Nepal, Zimbabwe and South Africa.

Akong Rinpoche's devotion often proves exhausting for those who try to keep up with him, and the doctors and other volunteers who accompany him through rural Tibet have dubbed him "the lama who never sleeps".

"If I had stayed in Tibet I would have been able to help only a few thousand people," he says. "Now I am able to do much more."

It was as a refugee that Akong Rinpoche accompanied Chögyam Trungpa Rinpoche to the UK in the early '60s when the latter received a scholarship to study at Oxford University. Akong Tulku worked as a hospital orderly until, in 1968, the two compatriots bought property in Scotland and established the first Tibetan Buddhist centre in the West.

They called it Samye Ling, named after the first monastery in Tibet. Trungpa soon departed for the US, and Samye Ling flourished under the direction of Akong Rinpoche. Today it is one of the mainstays of Tibetan Buddhism in the West and is one of the largest monasteries in Europe.

Regarding Samye Ling's satellite centres in Harare, Joburg and Cape Town, which benefit from the guidance of the movement's local representative, Rob Nairn, he says: "The development has been very good. The SA centres have been going for 38 years.

"Sometimes I lose patience, feeling we could do better, but then we realise that Tibetan Buddhism always has to start with zero - no capital, no foundations. Some of our achievements have exceeded my expectations. The Dharma is growing faster in Africa than it originally did in Tibet."

How did the decision to establish centres and charities in southern Africa come about in the first place?

"His Holiness the 16th Karmapa told me to go to Africa. He said I was dark-skinned, so I was 'Africa Lama'."

Has he encountered any particular problems in the transmission of Tibetan teachings to the West (or, for that matter, the South)?

"There aren't any fundamental differences between Western and Tibetan students, but environment and upbringing create specific attitudes. In the West, people talk a lot about freedoms and rights: free speech, freedom to do things in their own way. But if people become narrow-minded and rigid while trying to achieve this, they lose their freedom.

"Westerners take longer to learn meditation because they have to untangle their minds and let go. They also have more expectations, probably due to their education system, which is so structured and achievement-orientated. Meditation doesn't work according to a curriculum or a timetable."