League of Buddhist Nations - An idea whose time has come

Colombo, Sri Lanka -- Today, Buddhism has a greater appeal in the West due to an increasing number of people in these countries showing a preference for a philosophy and ethical system that places a high emphasis on peace, non – violence and compassion towards all sentient beings. This is the way forward in the dissemination and practice of Buddhism throughout the world. 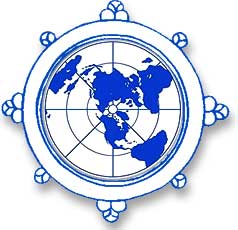 In Asia, it is feasible for countries with pre-dominant Buddhist populations to consider developing closer ties with each other in the spheres of economic, cultural, and trade and investment. Further we see at the international level a large number of countries forming alliances or groups on the basis of regional proximity, common cultural heritage or common religion. In this context it is worthwhile to consider the formation of a ‘Block of Buddhist Nations’ in the international arena which is not confined purely to celebrate the International Day of Vesak or such similar occasions.

It should be more than a loose knit group meeting purely for fellowship on festive occasions. This group needs to be concretised to enable, say, a 'League of Buddhist Nations' to surface and thereafter  to act collectively as and when required to influence global deliberations and decision making at various international councils and fora with Buddhist terms of reference and thinking.

During the last five hundred years or so, since the beginning of the western colonial era, the governance and steering of world happenings was very much in the hands of powerful euro-centric western nations using their mono religio- cultural framework as terms of reference in policy making. That era is now coming to a close. The rise of Asia is the buzz word today. The economic resurgence of China and India will also witness the growth in the global influence of Sino – Indic civilizations. Buddhism is well - integrated and deep seated in both the Chinese and Indian cultures.

The year of commemoration of the 2600th anniversary of the Buddha’s Enlightenment (Sri Sambuddathwa Jayanthi) is an appropriate time to give careful thought to this idea of the formation of a League of Buddhist Nations in the international arena. As at the UN on the International Day of Vesak (May 16, 2011), Sri Lanka may well take the initiative in this regard.