Should we celebrate Vesak?

Colombo, Sri Lanka -- Buddhism is the most environment-friendly religion on Earth, and Vesak is the most important day for the Buddhists. How should we spend this day? Every year this topic is discussed, written about over and over again, and after Vesak till the next year, we forget about it. This article is an attempt to look at all the issues once more, but from a different angle. 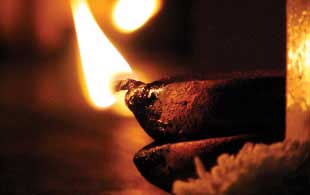 Among all the teachings of the Buddha, we cannot find a single word that goes against nature, that would hurt or harm any living thing on Earth, or that would cause any disruption of the natural ecosystem. Today our people call themselves Eco-Buddhists - an unnecessary prefix - as Buddhist naturally cannot be eco-enemies but eco-friendly since they are a prominent part of that very eco-system.

A person who observes the Five Precepts is the most eco-friendly person among us. The first precept ensures that no living creatures are hurt or killed. The person who observes the first precept will not spray pesticides and insecticides on plants. This would save ecosystem including lives of animals big and small as well as indirectly stop poisoning the people who consume such food. When we do not kill or consume meat, we become more peaceful and kind.

The second precept ensures that we do not take what does not belong to us. Then no wars will be fought to grab other peoples’ land, or to defend lands that we live in. Man out of greed will not destroy the forests or block waterways – the natural resources that do not belong to individuals but to all lives on Earth. People would be safe from robbery and violence. Corruption will disappear.

The third precept ensures our abstention from sexual misconduct. When we follow it, our women and children will be safe from abuse, molestation and AIDS. Then including those and other STDs will disappear from the face of the Earth.

If all our Buddhists follow Five Precepts that they recite day in and day out, the government does not have to ban selling meat and alcohol on Vesak and other Poya days. Both these businesses would never open in such a situation, except to serve the few non-Buddhists in the country. Likewise, if all employers follow the second and the fourth precepts, no need arises to hold May Day rallies.

If all of us could keep our promises, as we recite the Five Precepts, what a beautiful and wonderful country this could be, and what an inheritance to leave for our children! Re-reading the Tripitaka, specially Aggana Sutta and Cakkavatti Sutta, trying to understand how man’s greed led to his own destruction over the ages, is a need of our time. To make this more feasible, it is high time to translate the Tripitaka into modern day Sinhala so that all lay people could read and understand what the Buddha said.

Today most of us cannot understand easily the officially available Sinhala translation of the Tripitaka published 56 years ago on the Buddha Jayanthi unless we have a good knowledge of Pali and old Sinhala. Because of this handicap, ‘Evam Me Sutam’ we have to hear from third or fourth persons, and we are hampered with “Ehipassiko”.

Today our country has achieved such a high literacy rate and therefore, our people are highly educated and very intelligent. Really, they do not need to hear bana day and night to understand what is right. Instead of preaching bana, people should be encouraged from their young age to start reading and learning the Buddha Dhamma themselves. Enough books are available now both in Sinhala and English languages including pioneer books such as Ven. Walpola Rahula Thera’s ‘What the Buddha Taught’ (Budun Vadala Dharmaya).

It is the only way to educate our people. We cannot blame them today for going after meaningless practices, which we have borrowed from other cultures and religions alien to us. They are also so harmful to our environment. 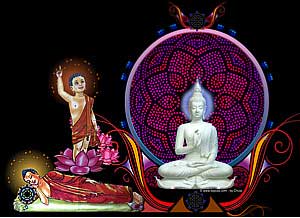 The most environmentally damaging act we find on Vesak day is the illuminations all over the country. A Vesak pandal would have around 50,000 bulbs. Around the country we have several hundred such pandals on a Vesak day. This is in addition to the illumination of buildings and streets. Whether the power is drawn from the national grid or from private power generators, we consume fossil fuel. We are burning money, polluting the atmosphere and contributing to global warming. A really pathetic report in a recent news item was that the CEB expects power piracy to increase during Vesak, Does it mean our Buddhists, after reciting the second precept, are stealing more on Vesak Day?!

If we need illumination we could light just one clay lamp, because what is we should do on this great day is not to illuminate the surroundings but to illuminate our innerself. Pandals were a necessity when most people were illiterate, when they could not read and understand the teachings of the Buddha. Then they had to be shown the Narakadiya and enacted Jataka stories. Most of the Jataka stories depicted in the pandals today are very familiar to almost all the people in the country. Is there any need to spend colossal sums to show them repetitively things that they already know?

Giving Dansala by the road side everywhere in the country is another act we should rethink. There was a time when people traveled on foot or by cart from villages to the city to see the pandals and Vesak decorations. It would have been a meritorious deed to provide food and drink to these people. Today the Dansala has become a mere farce. Sometimes it only reminds us of NGO’s distributing food to people in Ethiopia. Though there are a few misguided people among us who would want our country to become an Ethiopia, we are a fortunate country where people have not reached and would never reach starvation levels.

Instead of spending money on Vesak Dansala, if we forego a meal from a high class restaurant at least once a month, we can feed a needy family for a whole month. Instead of spending millions on wedding receptions to feed people who are already overfed and overweight, we can offer a simple meal to the wedding guests and feed a whole village for one month.

I would like someone to explain to me and to all the readers how the serving of manioc, ice cream, coffee or a fruit drink could earn us merit, or appease the thirst and hunger of a starving child. My understanding is that offering of alms is to be made to those who are in need, and it has to be with good intentions, with a loving heart and without expecting anything in return.

We also offer flowers in millions and make aloka puja by lighting millions of lamps. By the time we collect one million flowers, most of them are withered. In addition, we have deprived nature of most of the flowers on trees. How much coconut oil is burned on these lamps need to be considered too. Do we earn merit million times more by this act? Can’t we light just one lamp and offer one flower instead?

Let us all live in harmony with the nature. Let us be satisfied with what we have and not to have lust for what others have or enjoy. Let us open our eyes to realize that ‘Small is Beautiful’, not because Schumacher reminded us about it, but because it is a lesson we have learnt from the Buddha. Let us be peaceful and useful for all lives on Earth.

Vesak is not a day for ‘celebrations’. It is a day for contemplation, for meditation.