Singapore -- We can expect extreme actions and results to follow when peoples of two extreme view clashes as can be seen from the Charlie Hebdo incident. One wonders, can such incident be prevented from ever happening again? 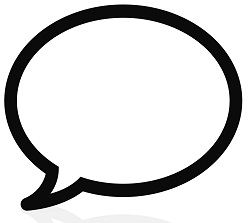 Can we blame the people who approved and enshrine all these Freedoms and Rights without any exceptions in their countries’ constitutions, charters and declarations? Or do we go, put all the blames on the religious groups that tolerate no nonsense when it comes to insults targeted at their faith and teachings? What happens to all those religious teaching on love and tolerance, where have they disappear to?

Again, one also wonders, can their differences ever be reconcile and settled? Going by the latest news, certainly not if one and/or both sides continue to act and behave like stubborn mules refusing to give way a little to each other.

In fact, Charlie Hebdo had come out on its latest Wednesday edition with cartoons depicting the Prophet Mohammed again. Maybe encouraged by the reported present of more than 1.6m people attending the march in solidarity with the victims of the incidents which includes 40 world leaders. At the end of the day, did anyone come out with any long lasting solution to the standoff?

We may not have heard much from the Muslim world about this incident. But it does not mean they are not sympathetic for the gunmen who carried out the killing, after all, the act was done in the name of their religion. It is not that anybody in their right mind would condone the tragic loss of defenseless lives in this case.

Should such a situation continues to persist and allowed to simmer, it may just eventually lead to a full blown war resulting in the annihilation of one or both sides and also other innocent people caught in the middle. Hopefully, we will not be left in a mess and having to ask questions as to why we have to suffer because of someone else differences, intolerance and so called Rights.

Well, it is easy enough to tell someone to be mindful, sensitive and to respect others and be tolerance of each other’s differences and views. That is what we have to repeatedly remind ourselves and others to do even though more often than not such advice would fall on deaf ears.

What we see above, between Charlie Hebdo and the Muslim Extremists is a case of Freedom of Speech against what Buddhist would term as Right Speech.

Right Speech in Buddhism would mean that one should refrain from speaking outright lies, speech that torment oneself or harm others, unfactual, unbeneficial, unendearing and what is disagreeable to others. As for Freedom of Speech, we do find it enshrine in the UN Universal Declaration of Human Rights and practices in liberal democracies such as France. But speeches which Buddhism considered to be not conducive for a peaceful existence are not censored in these liberal democracies as one would find in more authoritarian nations.

Until and unless such rights are censored to a certain extent, Charlie Hebdo will continue with their satire on religions as they marketable, in turn, extremists will always be targeting them and other such companies for their rights to Freedom of Expressions
It is for countries that believe in the Right to Free Speech to balanced this Right with some censorship, otherwise similar situations and conflicts will continue to develop and fester between extremists on both ends of the spectrum and leading to the creation of more unnecessary chaos in this world.