Buddhism for the betterment of Israel

The founder of Bhavana House based in Tel Aviv argues for Buddhism and how it can help to regain a more compassionate, kinder Israel. Speech originally delivered at the United Nations Day of Vesak, Bangkok on April 30, 2015.

Tel Aviv, Israel -- Israel is a very young country, a 67 years old baby, but its innocence and sweetness had vanished very quickly, almost 50 years ago, with the occupation of Palestinian lands and the systematic discrimination and oppression of the Palestinian population. 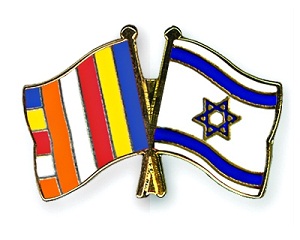 This is not politics I am talking about but a deep concern about the illness of the Israeli society and it is time to speak up. As Dante Alighieri said, "The darkest places in Hell are reserved for those who maintain their neutrality in times of moral crisis".

Through claiming absolute rights on the Holy Land, based on Biblical Myths and the notion that God chose the Jews above other nations, Israeli society gradually transformed to be an arrogant, depriving, greedy, aggressive, ignorant, aloof and racist  with very little compassion or shame towards the Arab minority and the Palestinians.

The last elections in March 2015 shows that the majority in Israel decided to reinforce and deepen its tyrannical hold over the occupied territories, making the Palestinians and the Israeli Arab's lives very difficult. Blind or indifferent to their agony, Israel is hiding behind the excuse of religious divine heritage rights and justifies every act of injustice and human-rights violation with an excuses of survival needs, or worth than that – by a messianic vision, claiming hold on "the greater Israel".

The Buddha said very clearly: What man thinks-about often - becomes the inclination of his consciousness. The aggression and the blind indifference that were directed towards the population in the occupied territories and inside Israel and towards the non-Jews in general, are now flooding the Israeli society itself from within, turning like a boomerang toward its own members.

As the Buddha pointed out, there are no boundaries between in and out, between us and others; it is all interdependent and subject to Kamma. Now, even the thin layer of make believe of mutual support, that characterized the young Israel, evaporated, and it was transformed rapidly to a 'Homo Homini Lupus' society: a man is wolf to man. Life in Israel became an intolerable to its own members. Are the Israeli regimes and the population itself aware of the danger entailed in this transformation of social climate? I doubt it.

When the mountains are rolling towards us, as the Blessed Buddha said to King Passenadi so poetically in The Mountain Simile (SN III.25), what else can we do but practice the Dhamma?
Bearing the pain of this reality, the Lay Buddhist Sangha in Israel does its best to bring wisdom and good-will by setting an example of an alternative living, joining and initiating non-violent activities, writing articles that stress the need to recognize the pain of the deprived ones and the need to get to know the culture and the narrative of the perceived enemy.

We also give retreats, offer meditation courses to the public, invite skillful Dhamma teachers, nuns & monks, translate to Hebrew the profound Suttas, publish translated books of great Dhamma teachers that call for peace and understanding, teach Panna, Sila, Metta, Khanti and Uppekha in universities as well as in kindergartens.

This is our way to deal with the situation and support a sane and peace-seeking minority in Israel. As long as we are not awakened we need to challenge ourselves with the highest standards of integrity, generosity, compassion, modesty, tolerance and friendship as attitudes to be developed.

Metta Bhavana is an outstanding diagnostic and therapeutic tool, which enable us to locate and monitor where our hearts are still closed, where there  are still walls of hatred. We will be better off using it now.

-----
Dr Thor Gonen is Co-Founder of Bhavana House, Dhamma Sanctuary and Meditation Centre based in Tel-Aviv, Israel.Visit their website: http://www.bhavanahouse.org/index.php?option=com_content&task=view&id=14&Itemid=27