by Sumanaratna, The Buddhist Channel, August 2, 2017 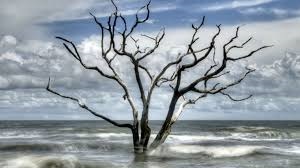 The story illustrates that anytime is a good time to act. Looking beyond the simile, the story teaches us to steadfastly hold on to our principles and ideals, and to act on them even if conditions are not favourable.

To maintain such consistency is one sure way for attaining certain result. Either way, it does say something about how we look at discipline and how we can use it to manifest motivation and resolution.

Talking about motivation, what ails modern Buddhism is that our esteemed organizations have failed to live up to the ideals of Buddha Dharma, consistently whether in good or bad times.

There is a chart on global religious growth that is currently being circulated on social media. In it, Buddhism ranks last, at the very bottom, with an estimated -3% growth by 2050.

This "number game" (that is the number of Buddhists vis-a-vis other religious groups) have always hogged the minds of Buddhist administrators. At every opportunity in seminars, conferences and meetings, this issue of the shrinking Buddhists never fails to turn up.

The question is, despite all the talk, what are we doing about it?

Before we go out and point fingers at others - such as the Christians - over our "predicament", let us also be honest and take a good look at ourselves. In the Dhammapada, the Buddha teaches, "Not the faults of others, nor what others have done or left undone, but one's own deeds, done and left undone, should one consider." (Dhp V.50).

It is common to see that in many Buddhist organisations, those who usually occupy senior positions are usually made up of veterans. I am looking at you, World Fellowship of Buddhists!

These veterans, some of whom have been "serving" their organisations for such a long time that they have blooded practically no new talents for the past 30 to 40 years.

It is a fact that a progressive, dynamic and growing organisation behaves very much like a living organism. It needs new cells and fresh faces to provide the continuous energy. The best fresh water stream is filled with life because it is constantly running.

Stagnant water breeds nothing but disease and very soon becomes inhabitable. Likewise, if we were to follow the course of nature, it is obvious that a strong, dynamic Buddhist organisation needs fresh minds and new abled bodies.

Unfortunately, if one were to sit in some of these meetings where such veterans rule, one can easily see that the Buddha's teaching of "anatta" of "selflessness (or egolessness)" is very much missing. What you have instead is the antithesis of egolessness, and that is rampant self glorification verging on megalomania.

What is the point of being in a privileged position where all one can do is to hold onto power without the satisfaction of seeing ones contribution flowing into and renewing the community? When asked what they have done for the community, the favourite response of these veterans is to name one or two projects or activities that are basically social gatherings, the organization's general assembly or some fund raising events, but more importantly, which they are “involved” in.

If one's tenure is only measured by how visible one is, then we cannot blame the decline on Buddhism on others because we have simply missed the point. Many forget that the real, only practical reason for being involved as a Buddhist worker is to create opportunities for the community to experience the Dhamma without so much of the leader being "seen" to have done it.

To work for the noble cause of Buddha-Dhamma has to be first of all, Dhamma based. It is unfair  to attend meetings once or twice a month to listen to reports and then make comments or criticise the committee for work not done or done incompletely, when we ourselves are not directly involved in the activity in the first place.

It is unfortunate that many office bearers remain as onlookers instead of getting their hands dirty.

It is a fact that committee members only come to the organization occasionally just to attend meetings. They then disappears for whole months, only to come back again for the next meeting. This process repeats itself month after month.

These people want the name, but they don't want to do the work. If such a one cannot contribute, then perhaps it is time that they should move aside and give others a chance.

Let us not lament on the fate of our community and what is befalling us. Let us not sit around and moan about what others are doing to us. If we are brave enough, let's roll up our sleeves and get down to doing real work.

If we Buddhists want progress, then we should not talk so much but to put our hands together and work as a team. If any personal differences crop up over the course of implementing our work (which is more of a norm rather than exception), let us learn to keep them aside. Let us learn to practise compassion, for only through having a genuine love to serve others, only can wisdom arise in us.

It is never too late to redeem ourselves by the pursuit of new ideas, fresh faces, innovative solutions and creative quests. Let us not sit back and count old glories. The greater task of Buddhist leaders is to go down to the ground and create future leaders, and not sit there as "stony" leaders until life's final calling.

Community members today wants to see results, and not the same old faces year after year, giving stale sermons. They want thinkers and doers and not speakers and bystanders.

Perhaps this is the real salvation Buddhism has been looking for.
TOP