Beware of Ole Nydahl and his Diamond Way sect 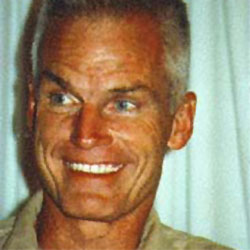 Yes, meditation can be beneficial for your mind, your body and the relationship between the two. Yes, studying the nature of mind can have positive results for one’s self and the people one directly influences.

But these facts and practices, when coming from the likes of Ole Nydahl and his Diamond Way sect, are impossible to unwrap from institutional religion and the dangers of committing one’s self within its framework.

To a young Westerner in search of meaning, Ole Nydahl combines the mystique of Shangri-La with the “fun” and “accessibility” sought by young, privileged Americans. Sadly, this cult of personality draws people into an institution rooted not in the quest for enlightenment (if Buddha’s teachings are a path to enlightenment, will someone show me one present-day enlightened Buddhist teacher or practitioner?) but one rooted, like the Roman Catholic Church, in the struggle for its own role in the hierarchies of the world.

Diamond Way is a branch of Tibetan Buddhism. Tibetan Buddhism is a far, far relative to the Buddhism supposedly passed along from the historical Buddha, one full of rituals, devices (prayer wheels and prayer flags) and hierarchies and one where devotion to teacher (“guru,” “lama”) often supersedes personal responsibility (while Buddha’s final words, conversely, were supposedly “be a light unto yourself”).

Diamond Way practitioners and their institutional leader may say that their organization and practices are stripped of such devices. But Diamond Way includes visualizing one’s self merging with another entity (The Karmapa, Buddha, etc.), with the goal being to transcend the supposed illusion of one’s ego-identity while, in the process, merging one’s self with that of another, supposedly “higher” being. This, to me, is a dangerous practice.

The Buddha also supposedly taught people to test everything for themselves. I encourage people to be highly skeptical of Ole Nydahl and of Diamond Way Buddhism. The cult of personality, combined with the allure of another culture and some feel-good practices, is a dangerous prescription for those on a genuine search for meaning.