The U.S. should think about a general wellness index alongside GDP to gauge the country's true health.

Los Angeles, USA -- A QUICK QUIZ. What do the following have in common? The war in Iraq. Sales of cigarettes. The recent fires in Southern California. 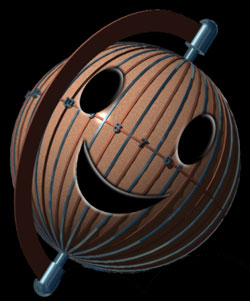 The answer: They all contribute to our nation's gross domestic product, or GDP, and therefore are all considered "good," at least in the dismal eyes of economists.

GDP is the sum of all goods and services a nation produces over a given time. GDP measures the size of the pie, not the quality of the ingredients — fresh apples or rotten ones are counted the same. Or, to put it another way, the sale of an assault rifle and the sale of an antibiotic both contribute equally to the national tally (assuming the sales price is the same).

GDP doesn't register, as Robert Kennedy put it, "the beauty of our poetry or the strength of our marriages, or the intelligence of our public debate." GDP measures everything, Kennedy concluded, "except that which makes life worthwhile."

Yet we continue to track this quarterly statistic as if nothing else matters. If GDP is up, we feel good. It means we as a nation are doing better and are, presumably, happier. Low rates of growth or, God forbid, a shrinking economy mean we are less well off and, presumably, less happy.

However, recent research into happiness — or subjective well-being, as social scientists call it — reveals that beyond the surprisingly low level of about $15,000 a year, the link between economic growth and happiness evaporates.

Americans are three times wealthier than we were half a century ago, but we are no happier. The same is true of Japan and many other industrialized nations. Yet we continue to treat economic growth and well-being as one and the same.

But one country does not. Bhutan, a tiny Himalayan nation, has invented a radically new metric: Gross National Happiness.

It's not a joke, and these mountain people are not oxygen-deprived. Bhutan, sandwiched between India and China, is serious about pursuing a different kind of development, one that, in the words of the late economist E. F. Schumacher, treats "economics as if people mattered."

Others have toyed with alternative measures of national progress, but none have gone as far as Bhutan's happiness policy. The country's home minister, Jigmi Y. Thinley, calls conventional measures of economic growth "delusional." Instead, Bhutanese officials make decisions based, in part, on whether they will contribute to the nation's collective happiness.

No, the Bhutanese are not closet communists. They want economic growth just like everybody else. In fact, Bhutan hopes to join the World Trade Organization. But the country is committed to sane and sustainable growth. This means sometimes making decisions that, from an economist's point of view, make no sense.

Bhutan, a beautiful land of mountains and temples, has forsaken millions of tourist dollars by, in effect, restricting the number of foreign visitors. (It does this by charging a $200 daily fee.) And while other developing countries have sold off their natural resources to the highest bidder, Bhutan has hardly touched its timber and minerals. The country also has taken some unusual steps to protect its Tibetan Buddhist culture. All buildings must be built in a traditional manner, and all citizens must wear traditional dress — for men, a flowing robe called a gho — in public places during business hours.

We might find such rules onerous but, having recently spent several weeks in the country, I found most Bhutanese happily accept such trade-offs.

The Bhutanese, of course, are enticed by the goodies of the West. Cellphones and Internet cafes are in vogue, and there is more than one disco in the capital (though no traffic lights). But many Bhutanese are willing to forsake money for happiness; for a slower, more human pace of life. The vast majority of Bhutanese who study abroad, for instance, return to their homeland, where they earn a fraction of what they could earn in the West.

The concept of Gross National Happiness still has a long way to go. Some have called it an empty slogan, a dangerously fuzzy one that can provide cover for all manner of government ineptitude. The fear is that Bhutanese officials can respond to any criticism with the T-shirt platitude: Don't worry, be happy.

Others point out that Bhutan is no Shangri-La. It has crime and alcoholism and unhappy people, just like anywhere else. All valid concerns, but alternatives to growth-at-any-cost policies are desperately needed. Bhutan's Gross National Happiness may not be the answer to the problem, but it does reframe the question — namely, what is a sensible way for a country to achieve the greatest happiness for the greatest number of its citizens?

In fact, the idea is catching on. One Chinese province is developing a happiness index. And the leader of Britain's Conservative Party has floated the idea of GWB — general well-being — as a way to gauge the nation's progress.

I think we Americans could embrace something similar — not as a replacement for more traditional measures but as a supplement. I can envision a day in the not-too-distant future when a happiness index scrolls alongside GDP and stock prices on your cable screen. Sound strange? Flaky? No stranger — or flakier — than pinning our hopes and dreams to a statistic that tallies oil spills and wars on the plus side of the ledger.