Freiburg, Germany -- What is reality? The mindsets of  the modern world provide four answers to that question and oscillate between these answers: 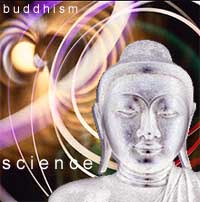 1. The traditional Jewish, Islamic and Christian religions speak about a creator that holds the world together. He represents the fundamental reality. If He were separated only for one moment from the world, the world would disappear immediately. The world can only exist because He is maintaining and guarding it. This mindset is so fundamental that even many modern scientists cannot deviate from it. The laws of nature and elementary particles now supersede the role of the creator.

2. René Descartes  takes into considering a second mindset, where the subject or the subjective model of thought is fundamental. Everything else is nothing but derived from it.

4. A fourth and very modern mindset neglects reality. We could call it instrumentalism.  According to this way of thinking, our concepts do not reflect a single reality in any one way. Our concepts have nothing to do with reality but only with information.

Buddhism refuses these four concepts of reality. Therefore it was confronted with the reproach of nihilism. If you don’t believe in a creator, nor in the laws of nature, nor in a permanent object, nor in an absolute subject, nor in both, nor in none of it, in what do you believe then? What remains that you can consider a fundamental reality? The answer is simple: it is so simple that we barely consider it being a philosophical statement: things depend on other things.

This Buddhist concept of reality is often met with disapproval and considered incomprehensible. But there are modern modes of thought with points of contact. For instance: there is a discussion in quantum physics about fundamental reality. What is fundamental in quantum physics: particles, waves, field of force, law of nature, mindsets or information? Quantum physics came to a result that is expressed by the key words of complementarity, interaction and entanglement.

According to these concepts there are no independent but complementary quantum objects; they are at the same time waves and particles. Quantum objects interact with others, and they are even entangled when they are separated in a far distance. Without being observed philosophically, quantum physics  has created a physical concept of reality. According to that concept the fundamental reality is an interaction of systems that interact with other systems and with their own components.

The concepts of reality in Buddhism surprisingly parallel quantum physics.