Does real Buddhism exist in the West?

"As Buddhism becomes more widely accepted, guys trying to make a fast buck on people’s misconceptions about it are going to keep crawling out of the manure. It’s really a buyer-beware situation. If you think enlightenment is something someone can give you in a big hurry for $150, you deserve what you get. But if you’re ready to face reality, the real practice is there, and the real teachers are more plentiful than you can imagine." - Brad Warner 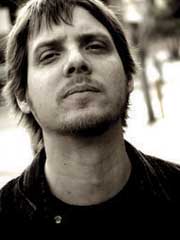 El Paso, Texas (USA) -- Enlightenment is not a cool experience you have, which you then file away with all your other cool experiences. It’s not like that acid trip you took at Burning Man five years ago or that really wicked bike ride down an active volcano in Hawaii when you were in college. It’s certainly not something you can buy for less than it costs you to hire a hooker, then clean up and go get lunch. It’s also not something that someone who’s gotten can now give you.

In Dogen’s lineage we talk about two kinds of enlightenment. Dogen famously said that zazen is enlightenment itself. Sitting on your cushion and doing zazen is the actual enlightened activity of Buddha. So enlightenment for Dogen was not some experience you had. It was an activity you did.

There’s a story in which a Zen master hears about a wandering monk who says, “If a clear mind comes, let it come. If a cloudy mind comes, let it come.” The Zen master grabs him and yells, “What if neither a clear mind nor a cloudy mind comes?” The monk says, “I hear they’re having a big sale on underwear at JC Penney” and wanders off. The master says approvingly, “I thought this was no ordinary monk!”

There’s also another kind of enlightenment. When you’ve done the practice of zazen for years and years you begin to accumulate little bits of understanding. At some point these little bits and pieces begin to come together. Gradually a kind of deeper intuitive knowledge starts to form. At some point this process reaches a kind of threshold and there may be a single moment in which everything seems to change. Or maybe several of those moments. Or maybe none at all, just a sense that something has changed.

That doesn’t mean that everything gets fixed forever. You still have to live, with all the hassles you had before. You just have a better idea about what it is you’re living and how to deal with it. That doesn’t mean you’ll always do what you should, though. Enlightenment has to be practiced.

The first kind of enlightenment happens instantaneously, as soon as you sit on your cushion. You can put this book down and go have it right this second.

As for the second type, there is no way to get it without years of practice. That’s just the way it is. And nothing will ever change that. No miracle drug. No miracle process. Nothing. Imagining you could get enlightenment quickly would be like imagining you could do fifteen minutes of sit-ups and get a bod like one of the chicks from America’s Next Top Model, or thinking you could take a single guitar lesson and emerge playing Eddie Van Halen’s “Eruption,” or believing you could take one yoga class and be able to bend your leg around the back of your head afterward. It just doesn’t happen that way. Never can. Never will.

But since there’s no real understanding among the general public of what this enlightenment stuff is, anyone can claim that just about anything is enlightenment and a lot of people will believe it.

What that waste of space who invented the wicked-cool enlightenment-in-an-hour process has stumbled on is nothing more than a way to hypnotize folks and give them a really tripped-out cool experience. He then tells them this experience is enlightenment, and since he’s supposed to be a Zen master they believe him. He walks away with a few thousand bucks, and all the suckers leave feeling pretty good about themselves. No harm done, right?

Well, actually, no. In fact, this kind of thing can cause a whole lot of damage.

To show you why, let me ask you something. What do you imagine happens to a guy who gets a wild tripped-out dissociative experience in an afternoon and has some other person who’s supposed to be a “spiritual master” interpret that experience for him as enlightenment just like Buddha’s? How does the guy feel about the master who he thinks gave him this great gift? Does he owe the master something now? And will the guy do pretty much anything the master asks him to just so the master will keep on confirming the guy’s enlightenment? What if the guy does something the master doesn’t like and the master starts telling everyone the guy isn’t enlightened anymore? Does the guy’s enlightenment even exist without the master’s confirmation? That’s a key question.

And, for bonus points: Having just parted with a hundred and fifty smackers, is the guy

a) more or b) less likely to admit he’s been ripped off? Answers on a postcard, please.

People love to be told they can get a big payoff with no real investment. But when was the last time you got something for nothing?

Here’s another way the fast track to enlightenment stuff causes real damage. A Zen teacher friend told me the story of a woman who went to Japan to study in a Zen temple that emphasized having enlightenment experiences as quickly as possible. This was a far more traditional setting than one of those instant-enlightenment seminars. Which means they wanted you to get enlightened in a couple of weeks instead of in an hour.

This woman happened to be going through some pretty heavy shit in her life at the time she went to the temple — something like a divorce or a lingering illness in the family, that kind of thing. Add to that the culture shock of just coming to Japan and the triple culture shock of living in a Zen temple and the quadruple culture shock of being a white woman in an all-male Japanese Zen temple, and you have a surefire recipe for a nervous breakdown.

And that’s exactly what happened. The poor woman started cracking up under the stress. Only her teachers told her that this was a sign that she was about to experience enlightenment, if only she pushed a little harder. So she pushed harder for her big breakthrough. And boy, did she get it. She went completely wacko and finally had to be forcibly ejected from the temple. It took her years to get over it. God only knows what kind of things some of the victims of those instant-enlightenment seminars are going through now.

There’s a truckload of extremely good reasons why you don’t want to rip open the doors of your subconscious too quickly. If you’re not fully prepared for what’s behind those doors, they’re better left shut tight until such time that you are. It’s a dangerous game to fuck with people’s heads.

In the furious-paced, get-it-done-yesterday world we live in, the idea of In-N-Out Enlightenment sounds pretty appealing. But do you really think someone who weasels you in with an appeal to your hunger for big experiences right away so you can move on to the next thing has anything of value to offer? It is this very hunger for big experiences that real Buddhist practice is intended to root out.

Buddhist practice is difficult and takes a lot of time, effort, and energy. I know no one likes hearing that. But tough titty if you don’t. There are no shortcuts. There are no easy ways to circumvent the pain and difficulty of practice any more than there are ways to develop a hot bod without working out for years. But you know what? It’s not really that painful or difficult. You just sit on a cushion and stay still for a little while every day. If you can’t handle that much effort, I feel pretty bad for you.

As Buddhism becomes more widely accepted, guys trying to make a fast buck on people’s misconceptions about it are going to keep crawling out of the manure. It’s really a buyer-beware situation. If you think enlightenment is something someone can give you in a big hurry for $150, you deserve what you get. But if you’re ready to face reality, the real practice is there, and the real teachers are more plentiful than you can imagine.

Brad Warner is a Zen priest, punk rock bassist, and Japanese monster-movie marketeer living in Los Angeles. When living and working in Japan he studied with, and received Dharma Transmission from, Gudo Nishijima Roshi of the Soto lineage of Zen. Brad is the author of "Hardcore Zen, Sit Down & Shut Up," and most recently, "Zen Wrapped in Karma Dipped in Chocolate." He teaches Zen in Santa Monica and writes a monthly column for Suicidegirls.com. Hardly your typical Zen master. Visit him online at hardcorezen.blogspot.com.