Only If We Are Not Listening

An Interview with Stephen Prothero on the Dalai Lama, Religious Pluralism, and What We Must Teach

San Francisco, CA (USA) -- Stephen Prothero is a professor in the Department of Religion at Boston University, author of the New York Times bestseller Religious Literacy: What Americans Need to Know (HarperOne, 2007) and the brand new God is Not One: The Eight Rival Religions That Run the World--and Why Their Differences Matter (HarperOne, 2010), and probably the religious studies world’s most widely-recognized public intellectual at this moment. 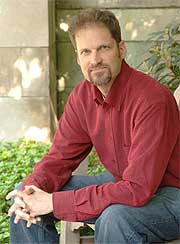 A regular contributor to the Wall Street Journal and USA Today (and a past guest on both The Daily Show with Jon Stewart and The Colbert Report), Steve also writes for the newly minted CNN Belief Blog.  One of his recent posts regarding statements from His Holiness the Dalai Lama about relating with religious pluralism - the provocatively-titled “The Dalai Lama Is Wrong” - generated considerable response (624 comments and counting, as well as rejoinders elsewhere in the blogosphere).

Now that the smoke has cleared a little bit, I wanted to ask Steve - with whom I enjoy a friendly correspondence - for his response to the response, as well as thoughts on Buddhism and interfaith relations more broadly.  We communicated via email this past week.

Steve, you took heat from some Buddhists over your CNN Belief Blog post "The Dalai Lama Is Wrong".  Shambhala Sun Space quoted Wisdom Publications's editor Timothy J. McNeill as saying that the Dalai Lama's teachings are more nuanced than "all religions are different paths up the same mountain."  McNeill used quotes from The Good Heart and the new Toward a True Kinship of Faiths to make that point. Any response to this?  If you think his approach is more nuanced, do problems still persist with the Dalai Lama's approach in your view?

Let me start by saying that I think the Dalai Lama is right about most things most of the time. He is, however, a human being and, at least from my perspective, not a god. So he is going to be wrong about some things, too.  History will judge, for example, whether the choices he has made in confronting China over Tibet have been effective.  And scholars of religion will judge whether his comments on the world’s religions are true.

Regarding those comments, I begin by observing that the Dalai Lama is obviously an expert on Vajrayana Buddhism, and on Buddhism more generally. But is he an expert on Judaism or Daoism or Islam?  I think not.  So in my view it shouldn’t shock anyone to hear that the “Dalai Lama is wrong” when it comes to his “Many Faiths, One Truth” article in The New York Times.

Mr. McNeill has found work by the Dalai Lama that is more nuanced on the question of the essential unity of the world’s religions, and he offers up quotations to that effect.  However, on his own web site the Dalai Lama says “ethics is the foundation of every religion.”  And in a book edited by Paul Griffiths he says that, because “every religion emphasizes human improvement, love, respect for others, sharing other peoples’ suffering,” “every religion [has] more or less the same viewpoint and the same goal.”

I agree with the Dalai Lama the world’s religions converge when it comes to ethics.  No religion tells you to trip an old lady as she is trying to cross the street.  I disagree, however, that “ethics is the foundation of every religion.”  Or, to put it another way, most religious people do not believe this.  Christians have historically affirmed that the foundation of their religion is salvation from sin.  Jesus did not die on the cross to tell us to follow the Golden Rule.  That would have been redundant, since the Golden Rule had been affirmed not only by Jews but also by Confucians and others.

My position on the Dalai Lama and his defenders in this dispute is this.  You cannot have it both ways.  If the Dalai Lama affirms the essential unity of the world’s religions then you need to admit he is wrong.  If his position rejects that unity - if his view is more nuanced than “Many Faiths, One Truth” - then I am happy to admit that he is right.

My overall point remains:  we cannot understand the religious conflicts that beset our world, or the unique beauty of each of the world’s religions unless we come to grips with religious differences.  And I make this point not out of some Ivory Tower concern with truth but out of a genuine concern for human suffering.  The way to move forward into a world in which fewer people are killed on account of religion is not to pretend the world’s religions are all about one thing (compassion or salvation or otherwise).  It is to acknowledge that those religions aim at very different things, and then to come to understand and perhaps even respect those differences.

I’m not much of an expert on this, so I don’t know the landscape. I can say that I have met many Buddhists in the interfaith organizations whose work I respect:  Mirabai Bush and Sunanda Markus of the Center for Contemplative Mind in Society; Alisa Roadcup of the Council for a Parliament of the World’s Religions; and Robert Thurman (my former teacher) of Columbia University. And I think there are great resources inside the Buddhist tradition for what I have called Interfaith 2.0 - the sort of interreligious engagement that eschews “pretend pluralism” for an honest encounter of differences.  One of those resources is the practice of not grasping after beliefs (or, for that matter, people) as if they can bring us eternal happiness.

In God Is Not One, you discuss many of the worlds' religions separately in individual chapters in order to underscore their various differences.  For the benefit of readers who haven't had a chance to look at your book yet, I'd like you to say something about the unique qualities of the Buddhist path in your view.  But I'm wondering if you can take a more personal approach here:  As a self-described "confused Christian," how do you understand your spiritual path as fundamentally different from that of a Buddhist?

In each of the chapters in God is Not One, I begin by asking how people inside a given religious tradition analyze the human predicament: what is the problem the tradition seeks to address?  In Christianity that problem is sin.  In Islam it is pride.  In Buddhism it is suffering.  And that awareness is in my view unique to Buddhism.  So is its single minded effort to eradicate the sources of human suffering.  I have in the past described myself as a “confused Christian.”  I’m not sure that label still fits, however.  (As Buddhists observe, things change, as do people.)  I am still plenty confused, but I am not sure I need to continue to honor my parents and grandparents by calling myself a Christian.  As for Buddhism and my own yana, I have been attracted to Buddhist teachings such as anatta (no Self/Soul) and anicca (impermanence) from the moment I first learned of them.  Christians are fond of saying that the doctrine of sin is empirically verifiable.  But so is impermanence.  And it seems inescapably true to me that much human suffering arises from our grasping after things that change as if they did not.  I should also add that if I had to pick “the greatest story every told,” it would not be the story of the death of Jesus but of the life of the Buddha.  I tell that story in almost every class I teach, and I find something new in it every time.

You’ve written, spoken, and blogged about the need for greater religious studies education, and I'm wondering about other practical advice you might have.  In particular, what would you say to Buddhist leaders and teachers--whether they're ordained clergy or those in positions of lay leadership--who might look to you and say, "What can we do to be more helpful in this regard?"

Here I would say to Buddhist leaders what I say to Jewish and Protestant and Catholics leaders: figure out ways to teach your people the ways of your tradition.  The French sociologist Danielle Hervieu Leger has argued that religion is a “chain of memory.”  European-style secularization is rooted in her view not so much in the rejection of religion as in a sort of amnesia about it.  Here in America we are a nation of forgetters. So Buddhist leaders would do well simply to help American Buddhists remember what their tradition is all about.  This is not easy here, since the machine of America is designed to bend ancient traditions around to its own purposes, not least the buying and selling of things (religions included).

Our interview will probably be read by a lot of people who are Buddhists or who have an interest in Buddhism.  By way of a final question, I'm wondering if there's anything you might like to add with that in mind.  Is there anything I haven't asked you about that you'd like to share with such an audience?

I’d like to add that my first book - The White Buddhist: The Asian Odyssey of Henry Steel Olcott [which will be published in paperback by Indiana University Press next month] - was about the first U.S. convert to Buddhism.  He claimed that the world’s religions were all in essence the same, but it was clear to me that he interpreted them all (Buddhism included) through a Protestant lens.  Much of my writing on this topic seeks to goad people into seeing how their own parochial assumptions inform their reading of other religions.  Compassion may be the foundation of certain forms of Buddhism.  But is it the basis on which Daoism and Confucianism and Sikhism are built?  Only if we are not listening…